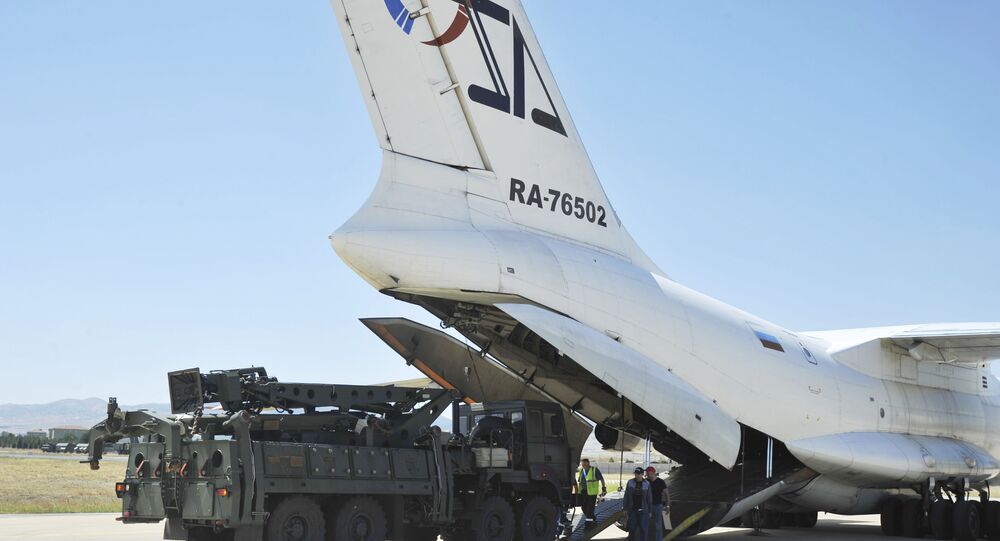 Ankara Not Seeking US Permit for Use of Russia's S-400 Systems, Turkish Official Says

ANTAKYA, Turkey (Sputnik) – Ankara's stance on the use of the Russian S-400 air defense systems remains unchanged: Turkey does not need the US permit for that, a spokesman for the parliamentary defense committee told Sputnik.

Earlier this week, US Ambassador to Turkey David Satterfield told BBC Turkce that the only way to resolve Ankara-Washington's row over S-400s was the abandonment of the use of the air defense systems by Turkey.

“Turkey takes its decisions on its own and we did not seek permission neither from America nor from anyone else in this regard,” Murat Baybatur said on Friday.

He pointed out that Turkey had made its decision on S-400s a long time ago and would not back down from it.

“We confirm in every forum our willingness to establish good ties with the USA, but when the subject is linked to our right to sovereignty, it is our duty to do what it takes to protect our rights,” the official said.

Baybatur added that the contacts on the S-400 row between the two countries’ ministries of defense and foreign affairs were underway and the roadmap would be clarified within the upcoming days.

The United States has insisted that the S-400 systems are incompatible with the American F-35 fifth-generation fighter jet program, as well as other NATO systems. According to Washington, Russian could allegedly use the systems to gather information on the advanced capabilities of the US aircraft.

Ankara, on the contrary, has said that the air defenses would not harm NATO's security since they will not be integrated into the alliance's system.

Turkish President Recep Tayyip Erdogan has also stated that the purchase of S-400 air defenses is a sovereign issue of Ankara, and it will not ask Washington for permission to receive new S-400 systems from Russia.

Ankara's purchase of the seminal Russian air-defense systems has been a point of contention in the US-Turkish relationship since July 2019. Washington demanded that Ankara refuse the deal, threatening to cancel deliveries of F-35 fighters. Ankara has so far resisted, even in the face of sanctions on its defense sector, imposed in December, and is negotiating the deliveries of the second batch of S-400s.