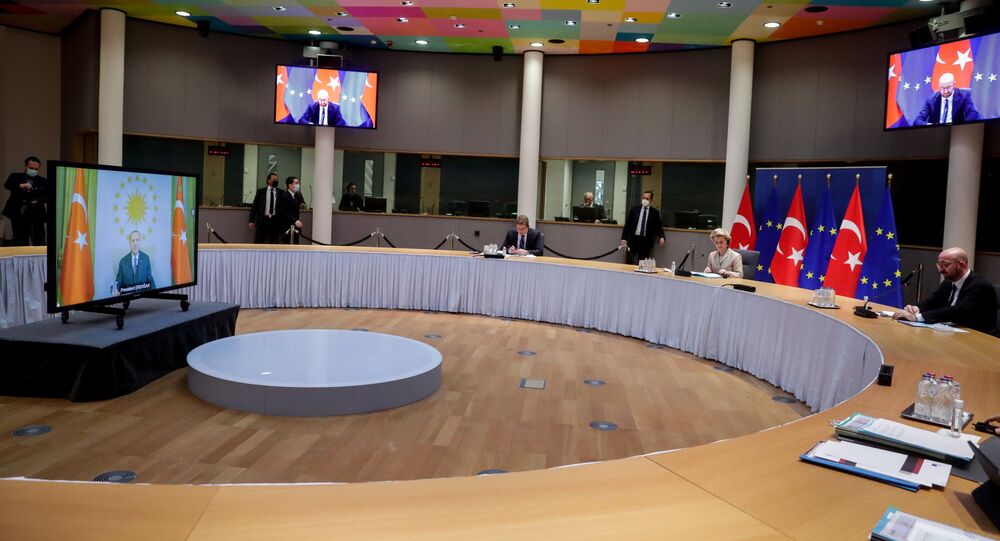 European Commission chief Ursula von der Leyen and European Council President Charles Michel talked with Erdogan by video in the run-up to next week's EU summit. The dialogue came as the neighbours are looking to defuse tensions that flared up last year over Turkey’s exploration for gas in waters that Cyprus and Greece claim as their exclusive economic zones. During a December summit, the bloc even threatened to expand sanctions on Ankara over the Eastern Mediterranean crisis.

"The EU side underlined the importance of sustained de-escalation and further strengthening confidence building to allow for a more positive EU-Turkey agenda," von der Leyen and Michel said in a joint press release after the video conference.

According to the EU officials, they discussed with Erdogan the "follow up to the December European Council," the upcoming UN-led Cyprus talks and the bilateral relationship.

Since the meeting almost coincided with the fifth anniversary of the EU-Turkish migration deal, the presidents predictably touched upon the situation with Syrian refugees hosted in Turkey.

They also exchanged views on Syria and Libya and discussed a possible visit by top EU officials to Turkey following the March summit.