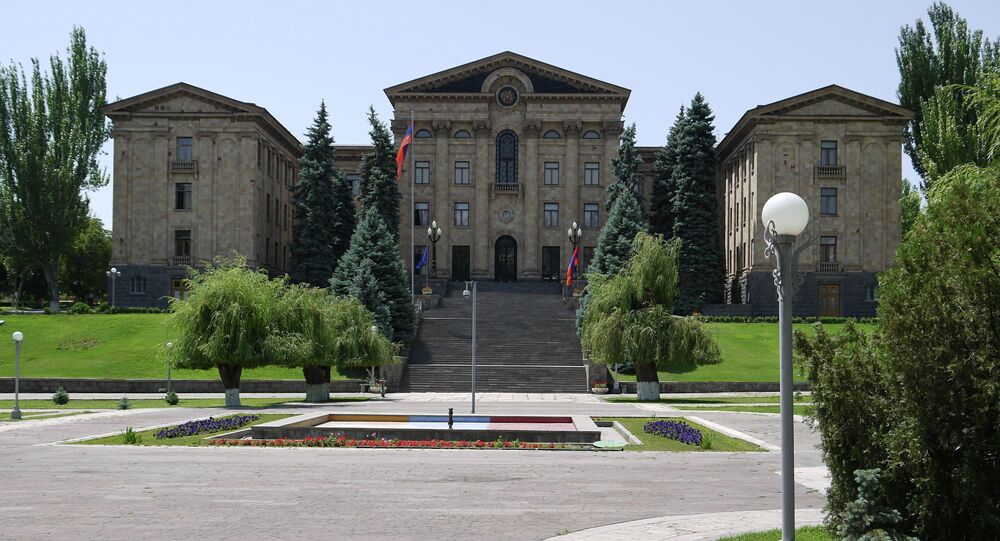 "My meeting with the leader of the Prosperous Armenia faction Gagik Tsarukyan ended. During the meeting, we stated that the best way out of the current internal political situation is early parliamentary elections. Taking into account the conversations I had with the President of Armenia [Armen Sarkissian], with the My Step faction, with the leader of the Bright Armenia faction Edmond Marukyan, the early parliamentary elections will be held on 20 June this year," Pashinyan wrote on his Facebook page.

A political crisis erupted in Yerevan after the deputy chief of the Armenian general staff mocked Pashinyan's controversial comment about the alleged failure of Russian-supplied Iskander missiles during the conflict in Nagorno-Karabakh. This triggered a series of military dismissals.

The armed forces issued a statement demanding the resignation of Pashinyan himself, the prime minister regarded this as an attempted coup and called on his supporters to take to the streets. Pashinyan’s request to dismiss Gasparyan was turned down by Sarkissian, and the prime minister said that he would submit another request.