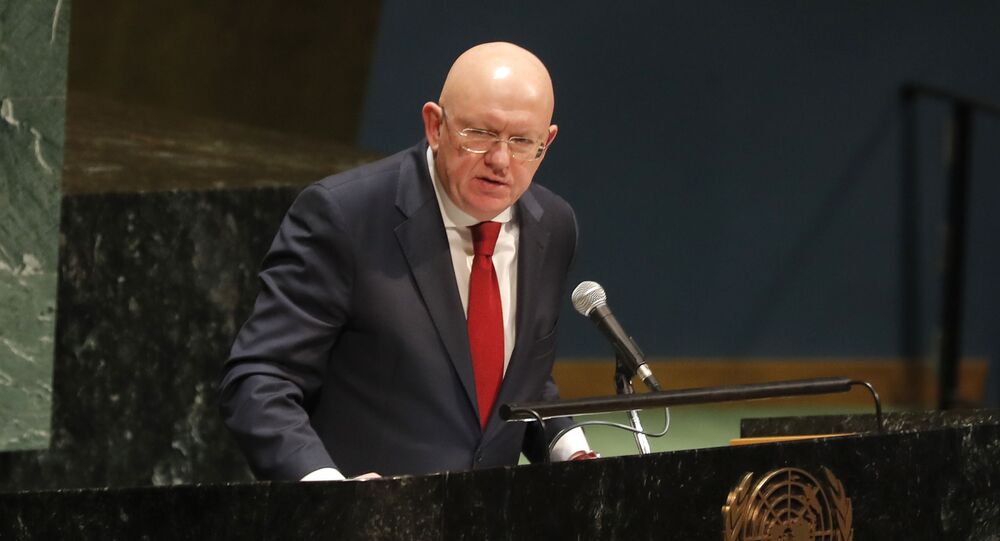 UNITED NATIONS (Sputnik) - Russian Permanent Representative to the United Nations Vassily Nebenzia on Wednesday called on UN Secretary-General Antonio Guterres to not allow his employees to disseminate one-sided information on Crimea, following a statement on the situation by Assistant Secretary-General for Human Rights.

On Friday, at an informal Arria Formula meeting, organised by Estonia, Ilze Brands Kehris of Latvia, Assistant Secretary-General for Human Rights, stated her office in New York has been receiving information alleging torture by the Russian security forces and police of detained individuals on the peninsula.

Simultaneously, she did not cite any sources and did not provide specific details supporting the accusations.

"Even the UN representative, Assistant Secretary-General for Human Rights Ms. Ilze Brands Kehris, allowed herself to rely in her statement on one-sided information from biased sources," Nebenzia said at an informal meeting of the Security Council on Crimea called by Russia.

"We stress the unacceptability for the UN Secretariat staff to make a judgment on compliance by the UN Member States with the norms of international law, including humanitarian law – the status of UN Staff should at all times remain unbiased. We call on the Secretary-General to draw necessary conclusions from the above-mentioned fact not to allow further deterioration of the UN authority," the diplomat concluded.

In March 2014, Crimea rejoined Russia after 97 percent of residents voted in a referendum to do so. The majority of Western countries and Ukraine refuse to recognise the results of the referendum and have imposed sanctions against Russia.