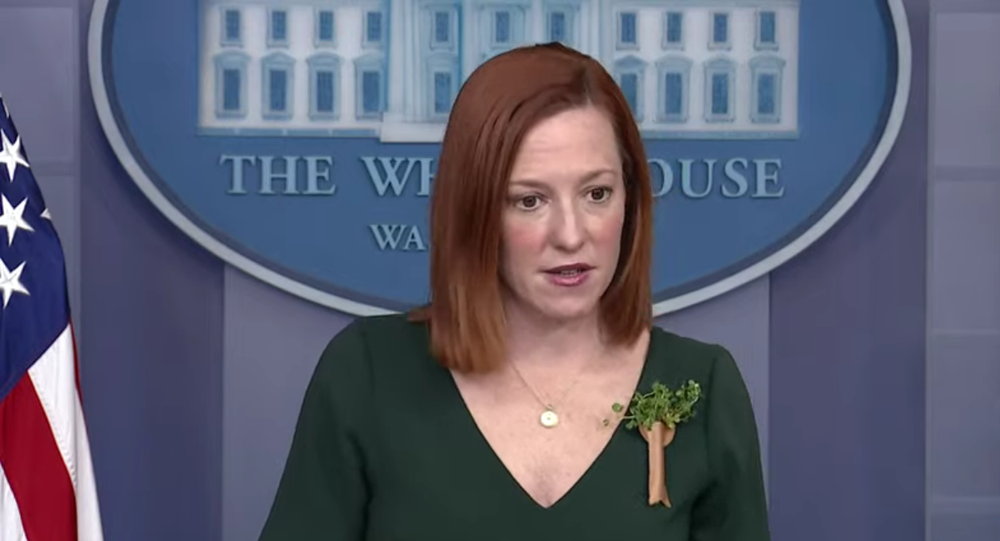 The White House said a day after a new intelligence report claimed that Moscow attempted to influence the 2020 US presidential elections that the Biden administration would be "straightforward and direct" in US relations with Russia "in areas where we have concerns."

"At the same time, we have areas where we believe we can work together," she continued, mentioning the recent five-year renewal of the New Strategic Arms Reduction Treaty (New START) and addressing nuclear proliferation.

"We hope there is opportunity there, but our relationship will look different" from the prior administration of US President Donald Trump, Psaki said. "We will be direct, we will speak out on areas where we have concerns, and as the president said last night, certainly the Russians will be held accountable for the actions that they have taken. We'll have more on that soon."

Earlier on Wednesday, the Russian Foreign Ministry recalled Anatoly Antonov, the Russian ambassador to the United States, to discuss the future of US-Russian relations in the aftermath of a US intelligence report claiming Russian government entities acting at the behest of Russian President Vladimir Putin to attempt to influence the 2020 US presidential election, in particular by denigrating US President Joe Biden as a candidate.

"He will pay a price. You'll see shortly," Biden said of Putin.

The Russian Foreign Ministry has lampooned the report's claims, calling them an "information hoax" and saying that, like reports from prior US elections in 2018 and 2016, the claims are baseless and unsubstantiated.

Earlier on Wednesday, the US Commerce Department announced new sanctions against Russia, imposing an export ban on "sensitive US technologies that might be diverted to its [Russia's] malign chemical weapons activities." The sanctions are in response to the poisoning of Navalny, vlogger and claimed anti-corruption activist who is presently in prison on corruption charges and who has been elevated by the West into a persecuted challenger of Putin. In August 2020, Navalny was poisoned and fell ill during a flight from Tomsk to Moscow, eventually being hospitalized and transported to Berlin for treatment. Several Western nations have claimed he was poisoned with Novichok, a Russian-made nerve agent that is one of the world's most potent toxins. Navalny made a complete recovery from the poisioning.