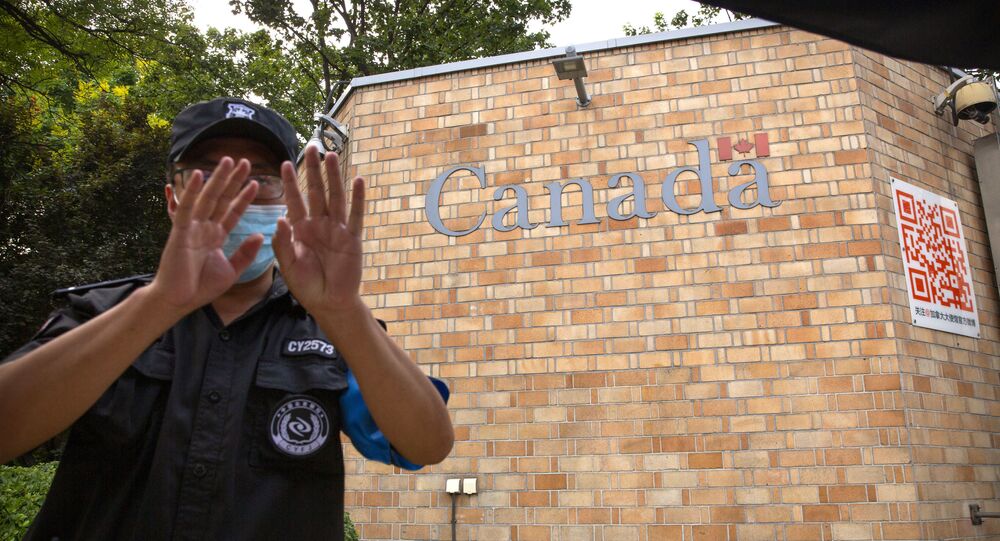 TORONTO (Sputnik) - An overwhelming majority of Canadians say there can be no improvement in bilateral relations with Beijing until two of their compatriots held in detention in China are released, an Angus Reid Institute poll revealed.

As of Tuesday, Canadian nationals - former diplomat Michael Kovrig and businessman Michael Spavor - have been in Chinese detention for over 800 days on espionage charges. Ottawa, however, maintains that the detentions are retaliatory measures for Canada’s detention of Huawei Chief Financial Officer Meng Wanzhou, who was detained in Vancouver in 2018 at the request of the United States.

"Canadians are overwhelmingly of the view that Canada and China cannot break this diplomatic impasse without Kovrig and Spavor both being released. Three-quarters (77%) say that until this happens the relationship will be strained," the poll said on Tuesday.

Only ten percent disagree with the assertion, while 13 percent were unsure.

Additionally, nearly three-quarters of Canadians – 74 percent – say that China’s actions with respect to the Uyghurs in Xinjiang province should be labeled a genocide. Canada’s House of Commons overwhelmingly adopted a motion last month calling on the Trudeau government to declare the China’s counter-radicalization program a genocide.

Prime Minister Justin Trudeau has previously cautioned against the liberal use the word "genocide," saying that it is a term guided by strict international guidelines and that any misuse would weaken the designation.

The poll also found that the Canadian public by a 62 percent margin believes that federal authorities should prohibit Chinese investment in "sensitive industries," such as a finance and telecommunications. Fifty-five percent of respondents supported a Canadian boycott of the 2022 Winter Olympics in Beijing.

Overall, only 14 percent of Canadians currently hold a favorable view of China, according to the poll.

Sino-Canadian relations soured after the arrest of Meng and two Canadian nationals in China - former diplomat Michael Kovrig and businessman Michael Spavor – on charges of espionage and have been further exacerbated by Ottawa’s condemnation of Beijing’s national security law implemented in Hong Kong and alleged human rights abuses in Xinjiang province.

Chinese officials have claimed that Canada’s deference to US foreign policy served as a catalyst for the growing diplomatic rift.

'Back Off China': Indian Community in Canada Protests Outside Chinese Consulate - Video

China Calls on Canada to Refrain From ‘Irresponsible Remarks’