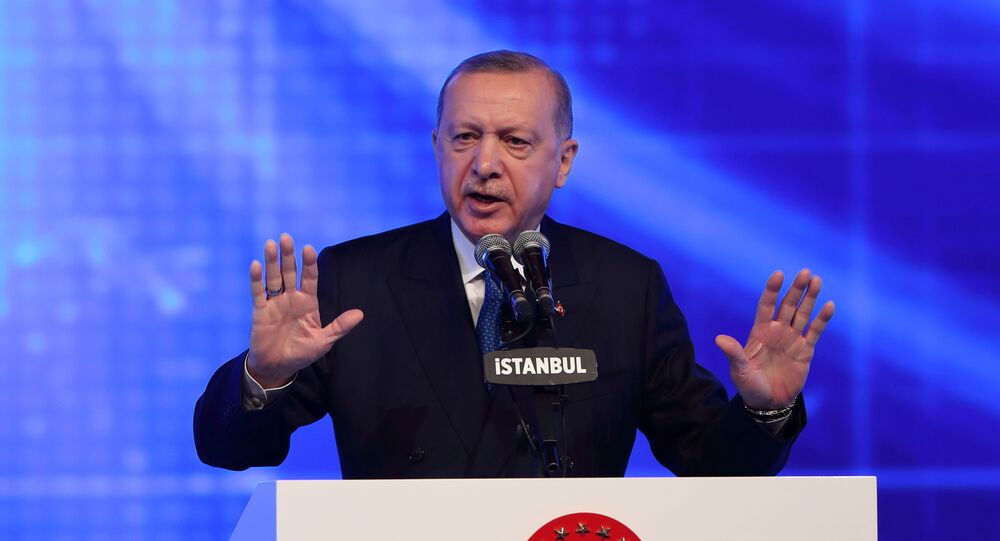 ANKARA (Sputnik) - Turkish President Recep Tayyip Erdogan on Tuesday emphasized his country's key role in everything that takes place in the Eastern Mediterranean.

"We will unflinchingly defend our interests in the Eastern Mediterranean and we will not back down. Turkey is a country with a say in the region, there cannot be any processes without it," Erdogan told reporters in Ankara.

The Turkish leader also touched upon relations with Egypt, stating that Ankara does not oppose the Egyptian people and that the alleged mistakes by Cairo are a "temporary phenomenon."

Ankara and Cairo have recently normalized high-level diplomatic contacts following a breakup of ties in 2013, when then-President Mohammed Morsi, also Ankara's ally, was overthrown in a military coup. Erdogan harshly condemned the actions of the Egyptian military, and Egypt and Turkey recalled their ambassadors.

Earlier, Foreign Minister Mevlut Cavusoglu said that Turkey was ready to start negotiations with Egypt on the delimitation of maritime zones in the Mediterranean Sea provided that Cairo respects the borders of Ankara's continental shelf and relations between the countries improve.

Tensions rose in the Mediterranean region last year as Turkish vessels conducted seismic exploration surveys in waters that Greece and Cyprus claim to be part of their respective exclusive economic zones.

The rift between the two countries was also driven by the deal Ankara made with Fayez Sarraj, the head of Libya's Government of National Accord. The two sides signed a memorandum on maritime boundaries in the Mediterranean Sea in August 2019, prompting an outcry not only from Greece, but also from Cyprus and Egypt.