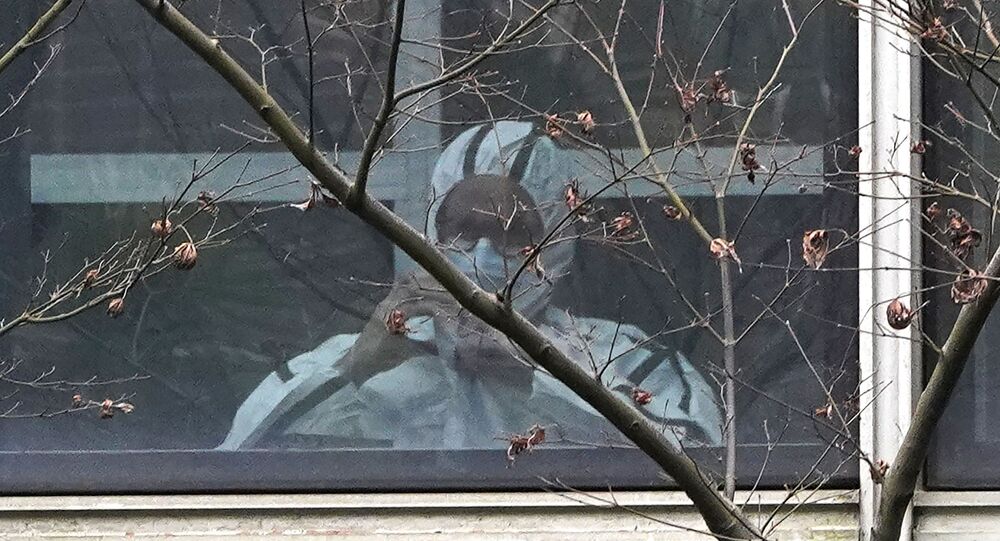 GENEVA (Sputnik) - Independent experts of the World Health Organization (WHO) who have recently been on a mission in China will most likely present their report about the origins of the coronavirus next week, WHO spokesman Christian Lindmeier said.

Technical experts have notified the WHO of their plans to present the report next week, Lindmeier said at a briefing.

It was previously expected that the report summing up the visit to China would be released this week.

© AP Photo / Ng Han Guan
China to Continue to Cooperate With WHO to Establish Origin of COVID-19
On 17 December, WHO announced it would dispatch a special mission to Wuhan to investigate the origins of COVID-19.

Ahead of the mission’s arrival in Wuhan, there was a spat between Chinese officials and the WHO over visa issues. Two members of the team were blocked from entering China as their visas had not been approved, so the whole mission was put on hold. A week later, the issue was resolved and the team finally arrived in Wuhan on 14 January.

The team visited multiple sites, including a local seafood market where the first case of COVID-19 was reportedly registered, as well as local hospitals where first coronavirus patients were treated.