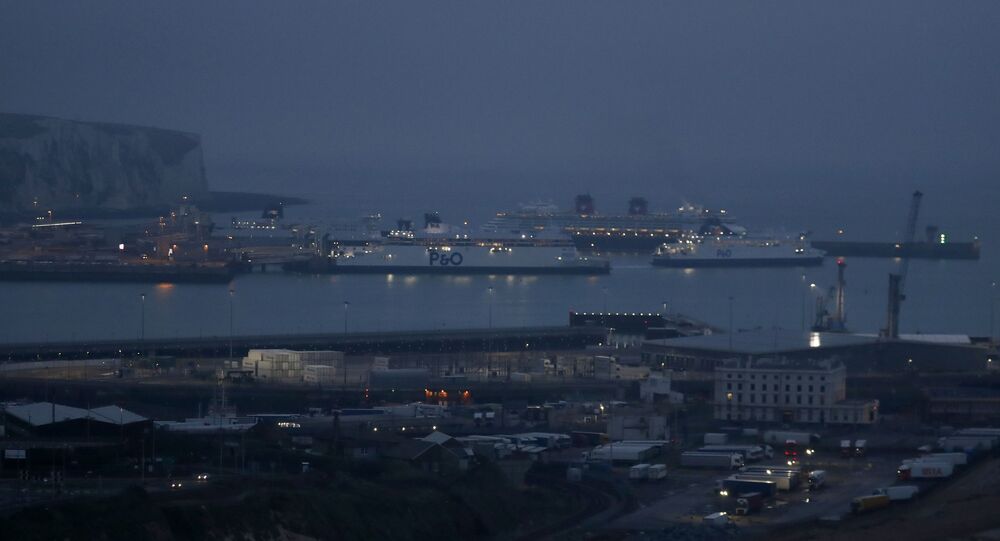 LONDON (Sputnik) - The UK government announced on Thursday that the new post-Brexit border checks on goods imported from the European Union will not be implemented until next year, to give businesses time to recover from the COVID-19 pandemic.

“The government has listened to businesses who have faced an unprecedented challenge during the pandemic and will now introduce full border control processes on 1 January 2022, six months later than originally planned,” the Cabinet Office said in a statement.

After months of negotiations, both parties reached a trade deal on 24 December, avoiding the prospect of a no-deal Brexit with just one week to spare.

Following the controversial divorce, the European bloc immediately imposed full border controls for goods crossing the English Channel to the continent, with the UK manufacturing and fishing industries complaining that the paperwork and the delays are making them lose money and potential clients.

London had decided, however, to delay until July the introduction of full border controls on imports from the EU.

“As a sovereign trading nation outside the EU, we have the freedom to take decisions in our national interest – and in the interest of our businesses. We will now introduce border controls broadly six months later than planned to give traders time to focus on getting back on their feet as the economy opens up after a difficult year,” Brexit minister David Frost was quoted as saying in the statement.

More than two months into the divorce, London and Brussels have repeatedly clashed on issues going from the so-called Northern Ireland Protocol, which was inked to avoid a hard border with Ireland and customs and veterinary regulations, to access to COVID-19 vaccines.