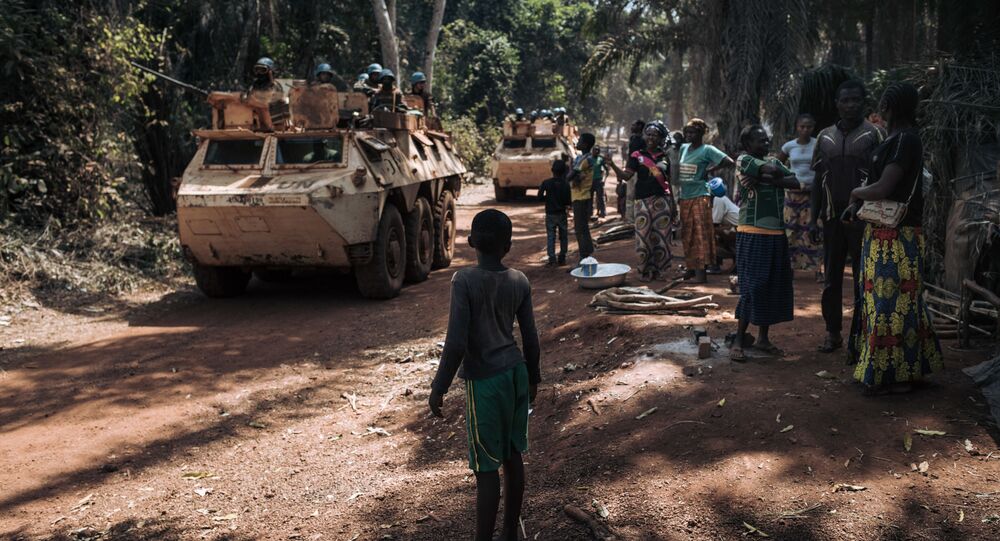 Earlier in the day, Rosbalt reported, citing the Corbeau News Centrafrique outlet, that the servicemen of a Russian private military company executed four men in the CAR's city of Bambari on 5 March.

"If Rosbalt does not remove this information, we will go to court," Ivanov said, adding that "this is a fake, unverified report."

Ivanov stressed that the OUIS is a union of people who advocated peace and provided military training to the CAR's forces under an agreement with the country's government.

"The OUIS acts transparently, according to an official treaty that was concluded within the framework of the military and technical cooperation between the Russian Federation and the CAR. All instructors are experienced professors of military science and other humanitarian sciences - these are the specialists in military medicine and the educational sphere," Ivanov said.

The company's director added that, with the assistance of Russia's instructors, the CAR's armed forces managed to defeat rebellious groups, including foreign mercenaries, who committed attempts to gain control over the country.

Rosbalt's editor-in-chief, Nikolay Ulyanov, said that no one had contacted him over the case yet.

"Let them sue us, it is within the law. No one has contacted me personally. Anyway, in general, it will not be interesting for me to discuss this with them. We have a lawyer who, I believe, will adequately and juridically reply to the complaint. I am even not aware of this material and, to tell the truth, not very close to the CAR issue. It means that there was such an article. They will submit a complaint, we will look into it," Ulyanov said.

Russia has provided assistance to the Central African Republic's armed forces in the conflict with the rebels backing former president Francois Bozize. Moscow has delivered to Bangui the BRDM-2 armoured reconnaissance and patrol vehicles, Kalashnikov assault rifles, as well as deployed military advisers to back the country's defence ministry in designing military operations. On Wednesday, Russian Ambassador to the CAR Vladimir Titorenko said that the CAR's armed forces liberated 27 major western and central cities captured by anti-government rebels with the support of Russia's military instructors.