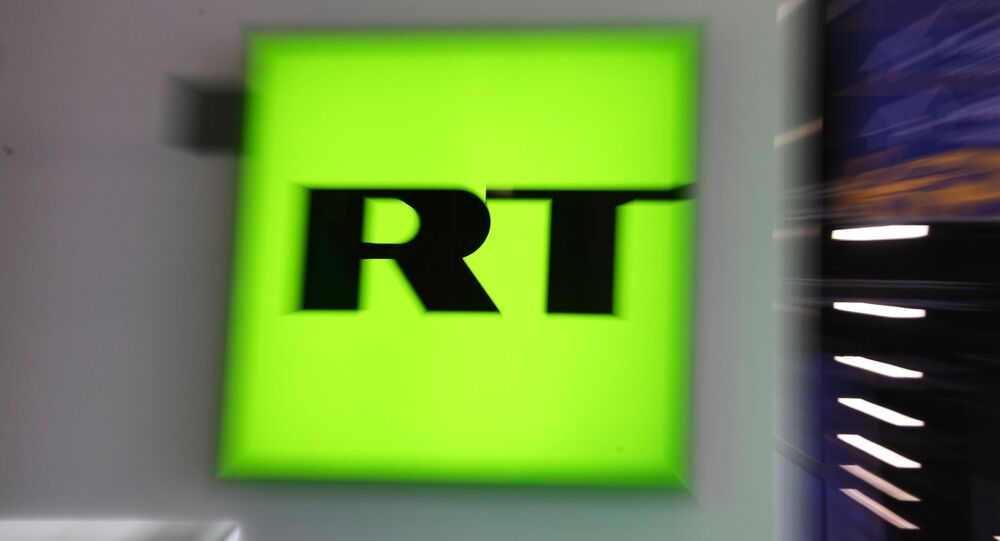 The decision to file a suit was prompt and came hours after the tabloid published an article claiming that RT DE spied on now-jailed Russian opposition figure Alexei Navalny, RT's German newsdesk said on Telegram.

According to the media outlet, RT DE and Ruptly, a sister agency, have recently had their accounts in Germany's Commerzbank frozen, while the German Association of Journalists accused the broadcaster of exerting "pressure on politics and journalism."

© Sputnik / Ilya Pitalev
Moscow Sees German Banks' Refusal to Cooperate With Ruptly, RT as Political Pressure
RT DE added that the so-called witch-hunt started after it had announced its plans for expansion.

The head of RT DE, Dinara Toktosunova, commented on the accusations of espionage, saying that Bild is "The Bild newspaper is legendary in its schizophasia."

"We would like to clarify to readers who do not speak German: Bild's article is not at all about how RT DE sent an incredibly talented German investigator to follow Navalny on behalf of the Russian special services", she stated. "Accusing us of surveillance - and at the same time publishing photos of all Navalny's movements, [...] of his motorcade, security and hospital ward [...] In case the Russian special services needed some additional information, they would just buy a subscription to BILDplus."

Navalny returned to Moscow from Berlin in January after receiving medical treatment for an alleged poisoning. The activist was arrested on arrival and referred to a court, which in early February rescinded his suspended sentence in the 2014 Yves Rocher fraud case over multiple probation breaches and replaced it with a 3.5-year term behind bars.