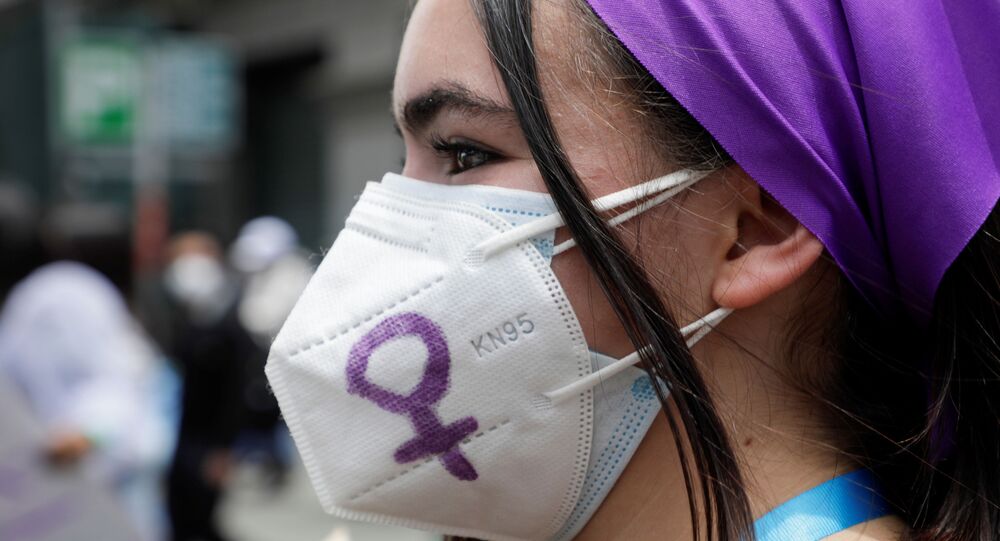 Rising Up: As Nations Celebrate International Women's Day, What Are The Holiday's Radical Histories?

Countries across the world are celebrating International Women's Day, which marks the historical fight for women's rights, many which are rooted in more revolutionary origins.

Numerous countries commemorate the struggle for gender equality in their respective societies, despite wide differences in their historical developments.

The United Nations designated 8 March as the world's official day to celebrate International Women's Day in 1975, with 2021 marking achievements of women in the ongoing COVID-19 pandemic.

Here's a look at the origins of the holiday across several nations and how they are celebrated.

Civil unrest and the fight for suffrage rights in the United States led to 15,000 women march in New York City in February 1908, who called for better working conditions, including increase pay, shorter working hours and access to voting.

The US Socialist Party of America launched the world's first National Women's Day (NWD) on 28 February, which was celebrated on the last Sunday up to 1913.

The 'Triangle Fire' in New York City killed 140 women in March 1911, many of Italian and Jewish descent, sparking outcry and further support to improve the working conditions for people in the United States.

Following years of campaigning, the US president issued a Proclamation each year from the mid-80s to honour working-class women.

Further international conferences for working-class women were held in Copenhagen in 1910.

Further commemorations would take place in European nations such as Germany, Switzerland, Austria, Denmark on 19 March in 1911.

Italians celebrate La Festa Della Donna (The Festival of the Women) with yellow mimosa flowers sold across the country.

Italian partisan and politician Teresa Mattei introduced the mimosa in 1946 to commemorate the festival as the French used more expensive violets and lily-of-the-valley flowers for their celebrations.

This year, Russian president Vladimir Putin declared the celebration a day where "love, admiration and gratitude triumph" in a speech thanking frontline women workers for their service amid the ongoing COVID-19 pandemic.

The Chinese adopted 8 March as their International Women's Day in 1949 under then-Chairman Mao Zedong, who founded the People's Republic of China the same year.

Women's Day is also celebrated similarly to Valentine's Day and Mother's Day in China. Men buy presents for family members such as wives, daughters and mothers, and women receive a half-day off from work for leisure.

London raised awareness on women's rights and suffrage following a major rally in London, which saw thousands march from Bow to Trafalgar Square.

The march took place on 8 May 1914, with Sylvia Pankhurst being arrested near Charing Cross station ahead of her speech at the rally.