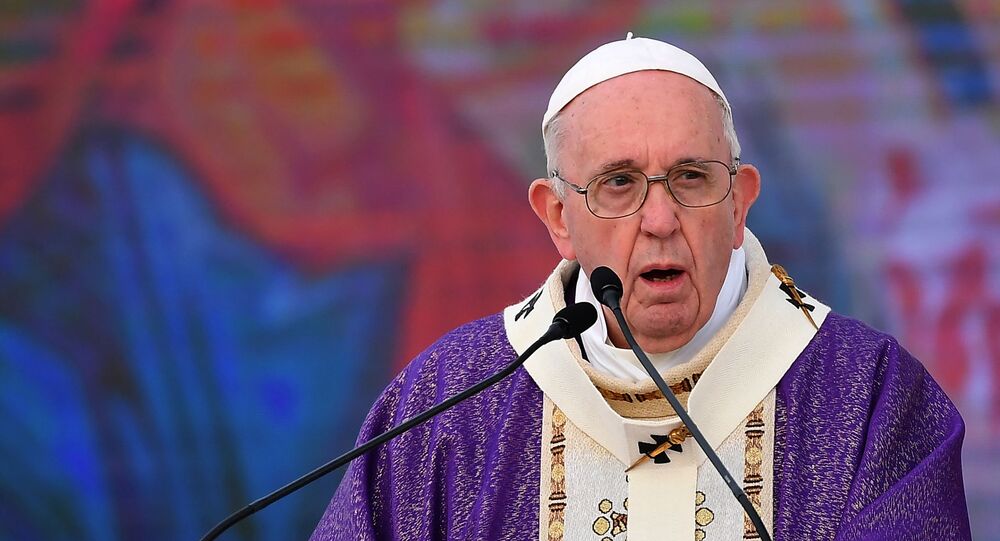 Pope Francis arrived in the Iraqi capital Baghdad on 5 March, becoming the first head of the Roman Catholic Church to set foot in what is considered the homeland of Abraham.

Sputnik is live from Baghdad as the head of the Roman Catholic Church, Pope Francis, is leaving Iraq after a historic four-day visit.

During the trip, the pontiff held a mass at Franso Hariri stadium in the Iraqi Kurdish capital of Erbil, as well as addressed the congregation at the Chaldean Cathedral of Saint Joseph in Baghdad. Pope Francis also paid a visit to Mosul where he delivered a prayer of suffrage of the victims of war.

The historic papal visit to Iraq began on 5 March, with the focus on rallying the country's Christian community and preaching religious tolerance and peaceful coexistence.