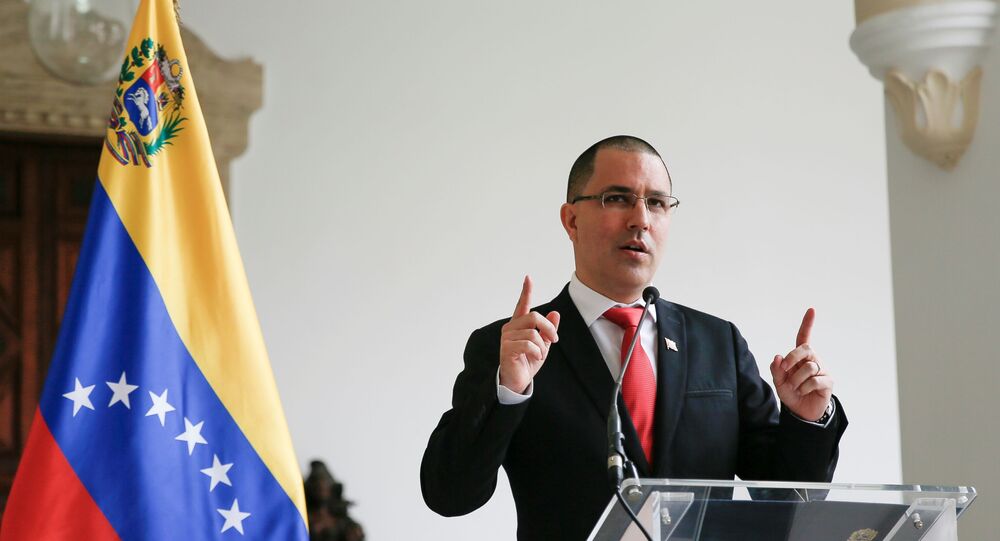 Venezuela to Continue Moving Forward Regardless of US Sanctions, Foreign Minister Says

BUENOS AIRES (Sputnik) - Venezuela will carry on its political development despite US sanctions and any other actions Washington takes against the country, Venezuelan Foreign Minister Jorge Arreaza told Sputnik on Saturday.

The diplomat said that both the United States and the European Union have an attitude of "ideologized lies" toward Caracas, as the latter does not pose a threat to other members of the international community. In the meantime, Washington continues to pursue a policy of unilateral sanctions toward the Latin American nation, which it branded as an "extraordinary threat," the minister added.

"As for what to expect from [US Secretary of State Anthony] Blinken and the United States, I would say in the words of Jose Gervasio Artigas, the great Uruguayan: 'We do not expect anything from anyone, only from ourselves.' We will move forward regardless of what Washington does or does not do in relation to Venezuela," he said.

Notably, Washington does not recognize the results of the parliamentary elections held in the country in December, which were won by the ruling United Socialist Party of Venezuela led by Maduro. Despite Caracas expressing hopes that the new US administration would start normalizing relations with Caracas, Blinken told Guaido that Washington would not change its position regarding Guaido as the "interim leader of Venezuela."

On January 21, 2019, mass protests began in Venezuela against President Maduro shortly after he was sworn in. The then speaker of the National Assembly, Guaido, illegally proclaimed himself interim head of state and called on citizens to help him take power in the country. Washington and its allies in Latin America endorsed Guaido as "president."

Several countries, including Russia, Turkey, and China have said they only recognize Maduro as the legitimate president of Venezuela.

Maduro himself has called Guaido a "US puppet", accusing him of trying to orchestrate a coup in Venezuela so that the United States could seize control of the country's natural resources.

The former administration of Donald Trump repeatedly blasted the "Maduro regime" for "oppressing" Venezuelan people, introducing sanctions targeting mainly its oil industry and officials close to Maduro, and promising to return democracy to the country.