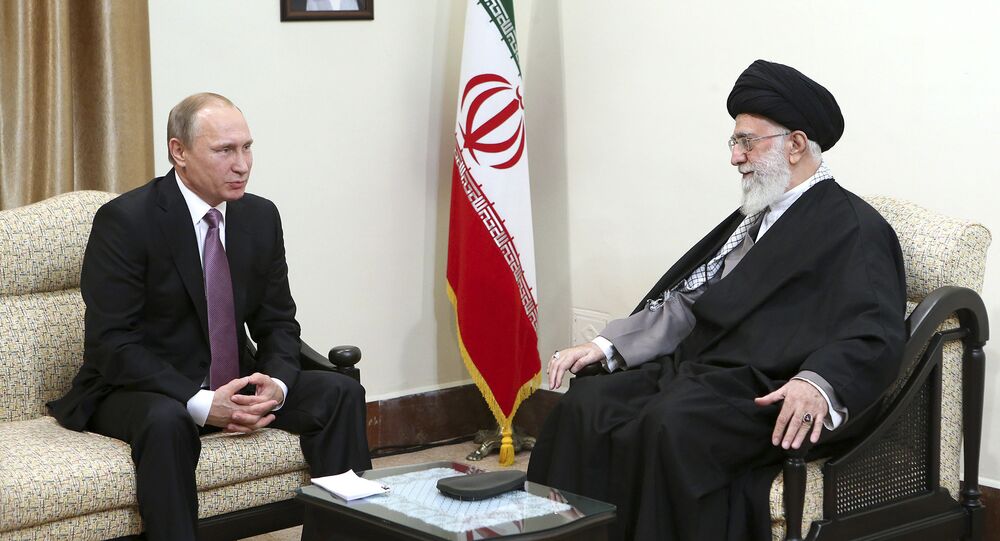 "Today, the ambassador was invited to [Ali Akbar Velayati], a senior aide to Iran's supreme leader for a meeting, during which a message was conveyed," Suslov said.

The diplomat noted that the letter focused on the issues of strengthening bilateral relations between Russia and Iran.

"Some international and regional aspects were also touched upon," Suslov added.

According to the Mehr News Agency, Velayati and Dzhagaryan also discussed trade, economic, cultural and strategic cooperation between the two countries.

"Regional relations and peripheral developments have led to more cooperation and interaction between Tehran and Moscow, and the commutes of both side officials have played a great role in the process of relations and strengthening interactions," Velayati said, as quoted by the news agency.

Dzhagaryan, on his part, expressed satisfaction with the growing trend and development of relations between Russia and Iran.

"Strengthening bilateral relations between Russia and Iran has led to the consolidation and continuation of relations and cooperation between the two countries and the two countries have taken effective steps to improve ties," the Russian diplomat said.

On 8 February, the speaker of the Iranian parliament, Mohammad Bagher Ghalibaf, had conveyed a message from Khamenei to Putin via the chairman of the Russian lower chamber during his visit to Moscow.