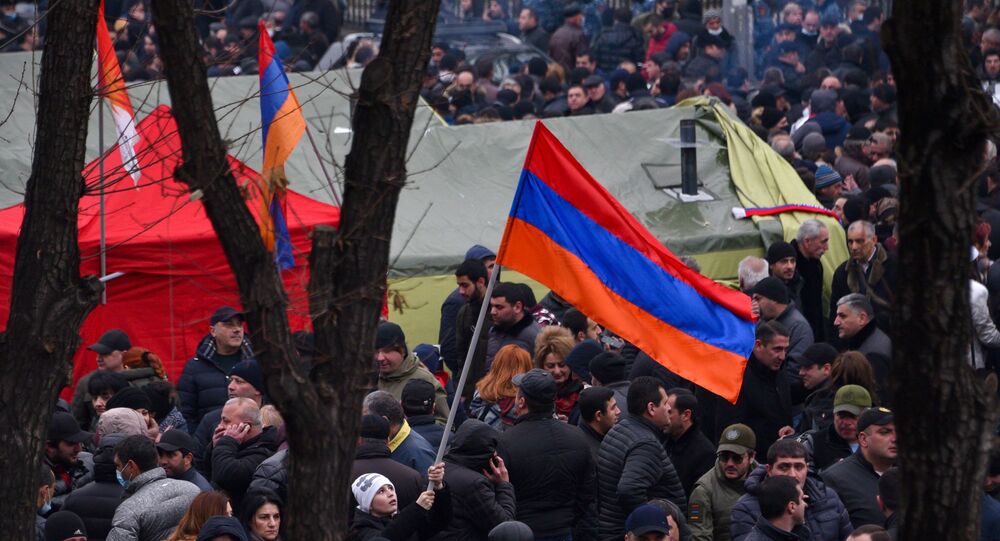 Armenia has been swept by mass protests since early November in the wake of Pashinyan signing an agreement with Azerbaijan to end hostilities in the breakaway republic of Nagorno-Karabakh.

The armed forces issued a statement demanding the resignation of Pashinyan himself. The prime minister regarded this as an attempted coup and called on his supporters to take to the streets. The prime minister has faced calls to resign after he signed a Russian-brokered deal to end fighting between Azerbaijan and ethnic Armenian forces in the disputed region of Nagorno-Karabakh in November last year.

Under the terms of the trilateral agreement, a number of Nagorno-Karabakh districts came under Azerbaijani control.