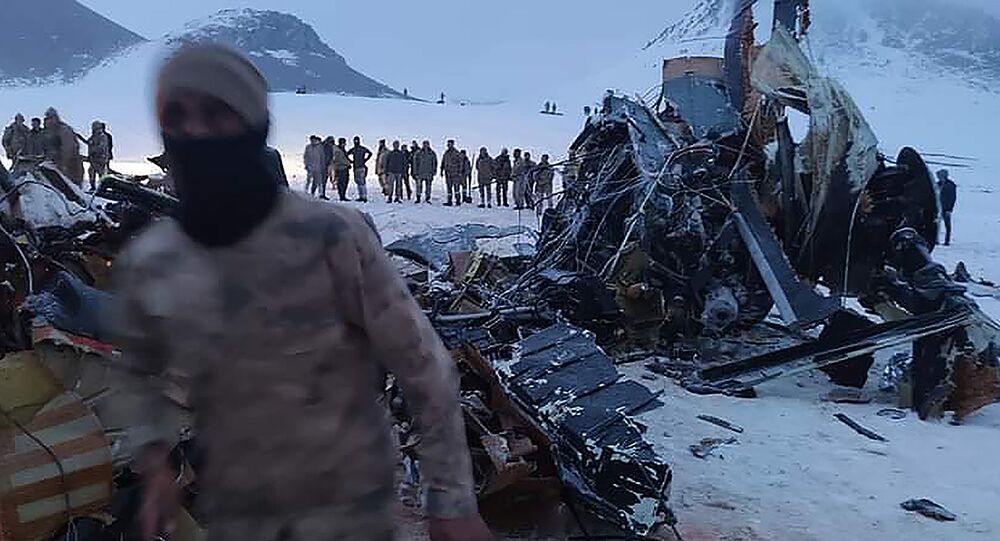 "According to preliminary information and eyewitnesses evidence, the incident happened due to a sharp deterioration in weather conditions. We have launched investigation to establish the exact reason behind the crash," Akar said, as quoted by the Turkish Ministry of National Defense.

Akar, Turkey's general staff chief, and field command chief are currently at the site of the incident.

The Cougar helicopter crashed on Thursday in Turkey's eastern province of Bitlis, leaving 11 servicemen killed and two others injured. Lt. Gen. Osman Erbas, the commander of the Turkish army's 8th Cortps. was among those killed.