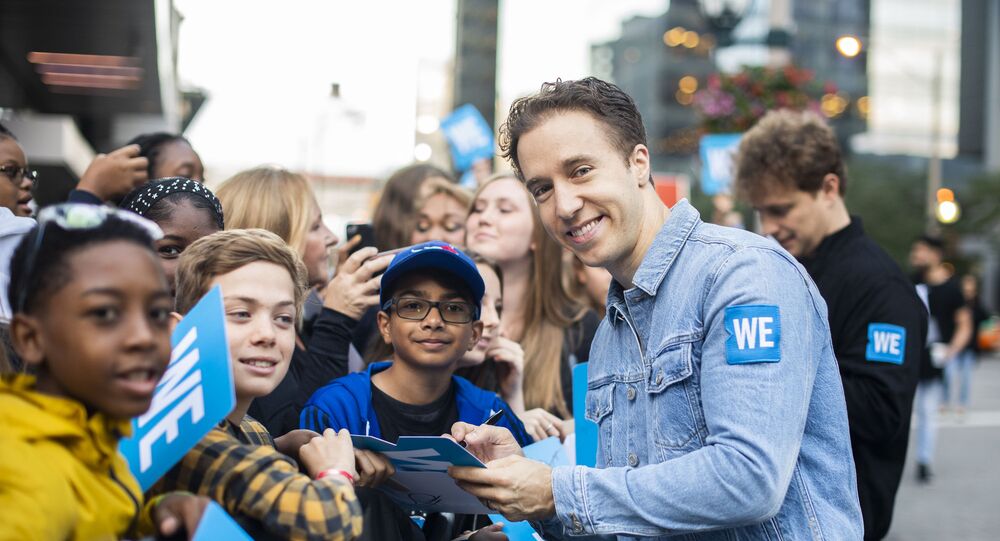 TORONTO (Sputnik) - Craig and Marc Kielburger, whose WE Charity was at the heart of the scandal that has plagued the government of Canadian Prime Minister Justin Trudeau, will reject a summons from a Canadian parliamentary committee, New Democrat MP Charlie Angus said.

"The lawyer for the Kielburger brothers states they will not accept a legal summons from Parliament to testify," Angus, a member of the Subcommittee on Agenda and Procedure of the Standing Committee on Access to Information, Privacy and Ethics, said via Twitter on Thursday.

Angus posted an excerpt of the letter to the Subcommittee, in which a lawyer for the Kielburger brothers said, "We have great respect for Parliamentarians and the important work of the Committee. That said, we advise, with regret, that our clients will not appear before the Committee, whether in answer to a summons or otherwise."

It is unclear if the refusal includes WE Charity Chief Financial Officer Victor Li, who was also asked to appear before the Committee, Angus added.

The representative for the riding of Timmins-James Bay in Northern Ontario said the Kielburgers’ "defiance" of a parliamentary investigation is "almost without precedent."

Trudeau as well as current and former members of his cabinet incurred heavy criticism last summer after media revealed close ties between the officials’ families and the WE Charity, in light of government decision to award the charity a $670-million sole-source contract to administer a government-sponsored student volunteer program.

The Kielburger brothers told a parliamentary committee earlier last summer that members of the Trudeau family received upwards of $380,000 in speaking fees, travel expenses and other reimbursements over several years.

Former Finance Minister Bill Morneau, who also faced mounting backlash following his admissions that he accepted expense paid trips and that both of his daughters have relationships with the charity, resigned in August.

There are currently multiple ongoing investigations of Trudeau and his government related to the scandal. The prime minister is presently the subject of a conflict of interest probe by the Canada’s Ethics Commissioner into his relationship with the WE Charity – the third during his five years in office.

Concurrently, there were a number of parliamentary investigations concerning the awarding of the multi-billion-dollar government ward to the WE Charity that have been halted after Trudeau shut down Parliament until the end of September.

WE Charity announced in September that it would be winding down its operations in Canada.