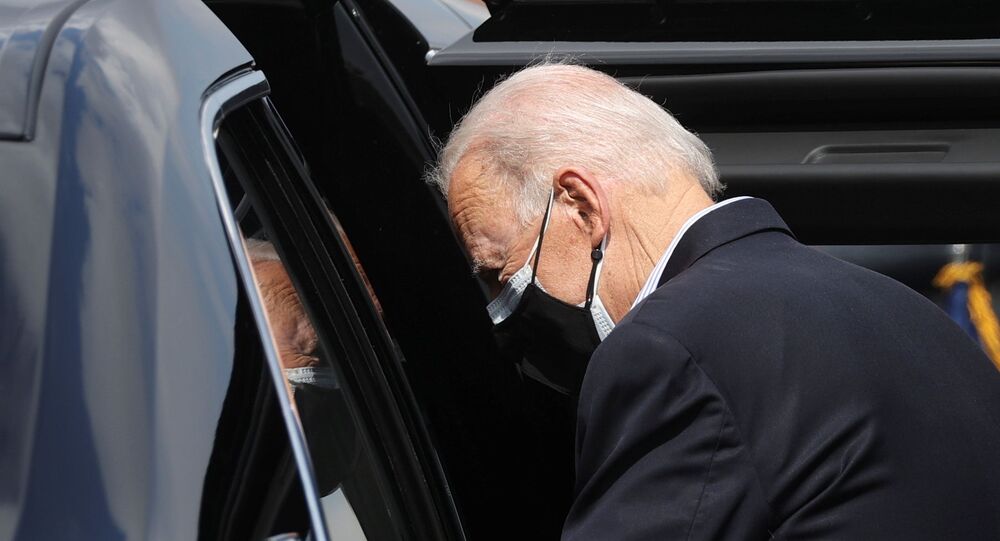 Carrying out his administration’s first military strikes, US President Joe Biden gave clearance last week for the deployment of seven precision-guided missiles to target facilities in eastern Syria. The attack, which was intended to send a message to Iran, has prompted lawmakers to introduce legislation to rein in Biden’s war powers.

New findings indicate that Biden had originally planned to order two different airstrikes in Syria last week, but was ultimately forced to change course after he received last-minute intelligence that civilians were near the area.

According to an exclusive Thursday report by The Wall Street Journal, Biden called off the second strike about 30 minutes before bombs were due to drop after national security adviser Jake Sullivan informed him a woman and children had made their way to a courtyard near one of the target sites in Syria.

With the newly-obtained intelligence in hand, Biden made the final call to abort the second half of the mission after US Defense Secretary Lloyd Austin had reportedly recommended striking just the one target.

Prior to the Journal’s report, news of a second strike was not previously known.

© REUTERS / Maxar Technologies
A closer view of an Iraq-Syria border crossing and buildings before airstrikes, seen in this February 3, 2021 handout satellite image provided by Maxar.

Senior administration officials told the outlet that the strikes were carried out as a response to the February 15 rocket attack in Erbil, Iraq, that killed a foreign contractor and injured seven Americans, as well as the February 20 rocket strike on Balad Airbase. The Syria strikes were effectively meant to inform Iran that the US would strike back when needed, but that it did not seek to escalate tensions.

A timeline of events provided by the Journal states that a series of meetings were held after the Erbil attack with Austin, Vice President Kamala Harris, Joint Chiefs of Staff Chairman Mark Milley, and Director of National Intelligence Avril Haines, along with officials from the White House’s National Security Council.

By February 23, the Pentagon finalized a list of response options, with Biden eventually making the final call two days later during an hourlong meeting in the Situation Room with Harris and other top administration officials.

Shortly after the strike was carried out, the US issued a “confidential message” to Iran. Officials did not disclose the contents of that message to the outlet.

“We had a pretty coordinated diplomatic and military plan here,” one administration official told the Journal. “We made sure the Iranians knew what our intent was.”

© REUTERS / Maxar Technologies
A close up view of destroyed buildings at an Iraq-Syria border crossing after airstrikes, seen in this February 26, 2021 handout satellite image provided by Maxar.

The day after the airstrikes, Biden told reporters that the launch reiterated to Iran that the Middle Eastern country could not “act with impunity,” and that Tehran needs to “be careful” with the decisions that it makes moving forward.

In a letter to congressional lawmakers, the president explained that the deployment was also consistent with the US right to self-defense under Article 51 of the United Nations Charter. However, this stance was promptly rejected by some lawmakers who opted to reintroduce bipartisan legislation to repeal decades-old authorizations for military force that are often tapped to justify attacks in the Middle East.

As for Iran, it has condemned the airstrikes. Saeed Khatibzadeh, spokesperson for the Iranian Foreign Ministry, referred to the attack as “aggressive” and one that serves as a “violation of international law.”

Since last week’s strikes, leadership with the US’ Combined Joint Task Force - Operation Inherent Resolve reportedly raised the threat level for US troops, fearing that a response could be imminent.