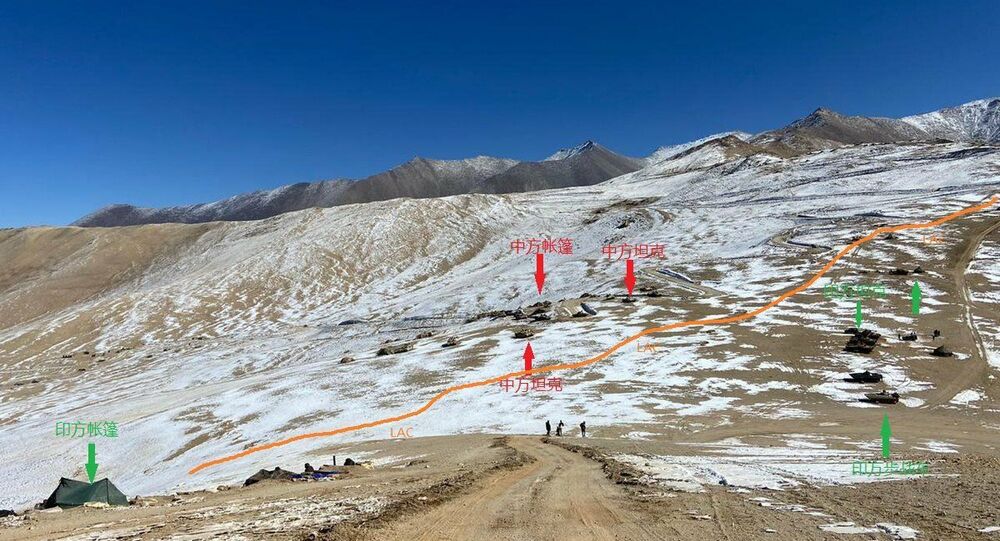 MOSCOW (Sputnik) - Russia hopes that India and China will find a way to settle the conflict in the border region of Ladakh, Russian Foreign Ministry spokeswoman Maria Zakharova said on Thursday.

Speaking at a briefing, the official said that Moscow was monitoring the situation and welcomed the agreements reached after the February 25 phone conversation between the countries' foreign ministers.

"We respect the sides' desire to proceed with the matter without foreign interference [and] within the framework of multilevel mechanisms for bilateral dialogue established by them and expect both states to find mutually acceptable peaceful ways to settle the tensions as soon as possible, as responsible members of the international community," Zakharova said.

Since the 1962 war between India and China, the two lack a duly demarcated borderline in the Himalayas. As a consequence, the area has been witnessing frequent clashes between the militaries of both sides.

Following a deadly escalation near Lake Pangong Tso of the so-called Line of Actual Control last May, India and China boosted their military presence in the disputed region, while simultaneously launching the disengagement consultations.

In February, the two sides pulled out their troops from the Lake Pangong Tso area and held the 10th round of the senior commanders' meeting, discussing the remaining issues in the region. In a follow-up, India's External Affairs Minister Subrahmanyam Jaishankar discussed the situation in the border region of Ladakh and the relations between New Delhi and Beijing in a phone conversation with his Chinese counterpart, Wang Yi.