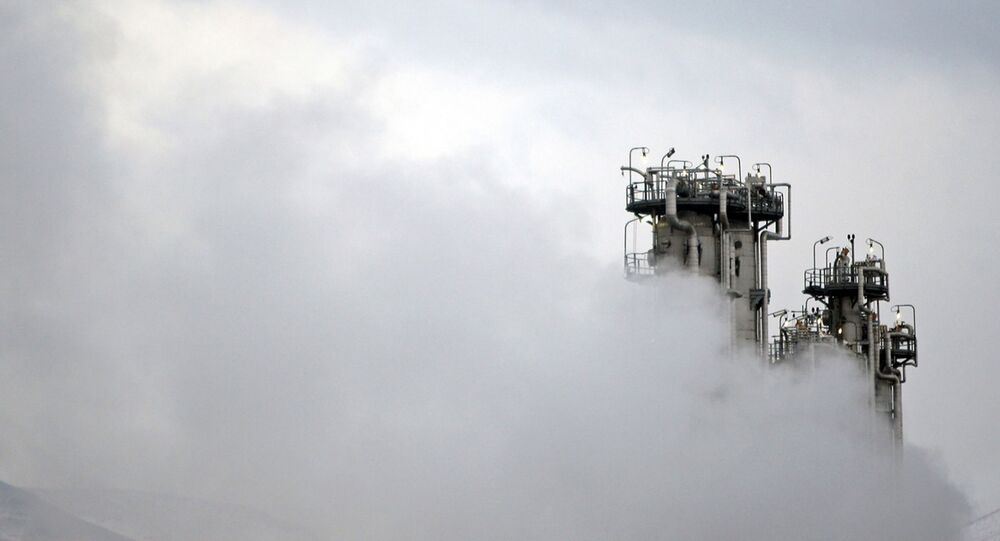 MOSCOW (Sputnik) - The decision to scrap the vote on the controversial resolution on Iran in the IAEA, which was confirmed by Germany, France and the UK, is "commendable" and allows for a diplomatic approach, Mihail Ulyanov, Russia’s permanent representative to international organizations in Vienna, said on Thursday.

"Germany, France and UK announced in the #IAEA Board of Governors that they will not push for adoption of a controversial resolution on #Iran. Commendable. Wisdom prevailed," the diplomat tweeted.

According to the official, adopting the resolution could have led to "uncontrolled escalation," but now there is a way for a more diplomatic solution.

Earlier in the week, Germany, France and the UK have announced plans to submit a US-backed draft resolution to the International Atomic Energy Agency (IAEA) Board of Governors on Friday. The resolution aimed to rebuke Iran for restricting the organization's inspection activities. However, the Iranian Foreign Ministry urged the countries on Thursday against going forward with this step as it would disrupt the cooperation under the Joint Comprehensive Plan of Action (JCPOA).

© AP Photo / IIPA,Ebrahim Norouzi
UK, France and Germany Reportedly Scrap Plans to Issue Resolution Criticising Iran at IAEA Meeting
Iran has limited the scope of the IAEA inspections starting February 23 as a temporary measure until the sanctions on Tehran are lifted. The UN nuclear watchdog has reached a temporary bilateral understanding with Iran in February, which allows international inspectors a limited access to nuclear sites for three additional months after Iran's threat to shut them out.

The IAEA chief Rafael Grossi announced on Thursday that Iran was willing to sit down with the agency's technical experts in a month to discuss current issues, including recent discovery of uranium particles at suspected nuclear sites.