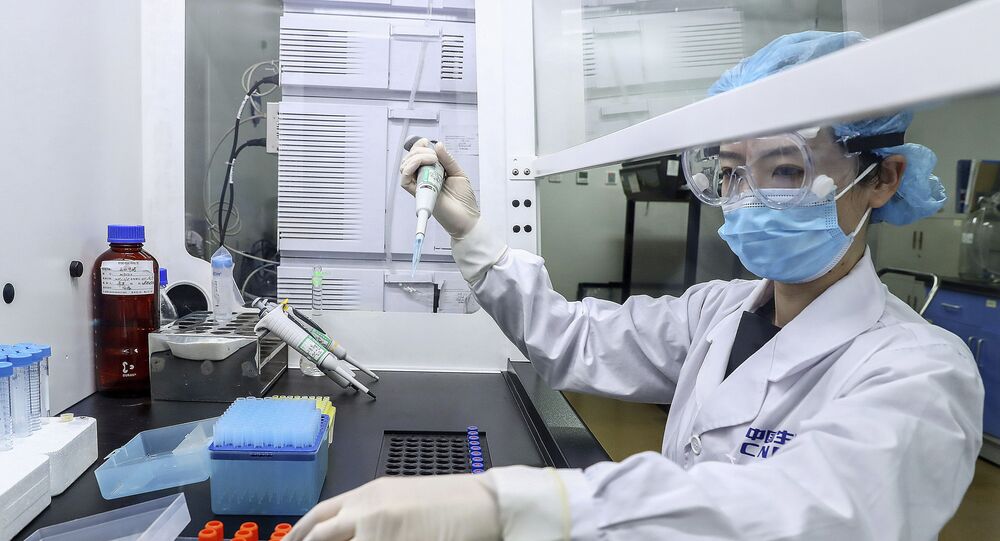 As China has pledged roughly half a billion doses of its vaccines to over 45 countries, in the wake of continued accusations, spearheaded by Washington, that it initially mishandled the COVID-19 outbreak, its critics warn of Beijing’s attempt to allegedly expand its ‘soft power’ by leveraging the jabs.

The United States is developing a plan with its 'Quad' allies Japan, India and Australia to distribute COVID-19 vaccines in Asia to offset perceived efforts by China to assert its influence in the region, reports the Financial Times.

The White House has been engaged in talks throughout the past few weeks with other members of the Quad, a loosely-formed diplomatic and security initiative between the countries, according to sources cited by the outlet.

The effort is ostensibly being led by White House Indo-Pacific policy coordinator, Kurt Campbell, who has held a flurry of meetings with ambassadors representing the member-countries, according to the report.

The security grouping of the Quad came together to provide humanitarian assistance after the Indian Ocean tsunami in 2004, which prompted then-Japanese Prime Minister Shinzo Abe to suggest that they form the Quadrilateral Security Dialogue.

China was not mentioned by name at the time, yet Abe’s proposal was widely believed to be aimed at countering Beijing’s growing influence in the Indo-Pacific region.

Last autumn, Beijing voiced indignation over a so-called Quad meeting of foreign ministers from Japan, the US, India and Australia that Yoshihide Suga’s government hosted in Tokyo in October 2020, weeks after he became premier.

The virtual talks were hosted by new US Secretary of State Antony Blinken, highlighting cooperation on issues such as the COVID-19 pandemic, climate change, the situation in Myanmar, and “advancing a free and open Indo-Pacific region.”

In reference to the alliance, China has often reiterated that it is opposed to the formation of “exclusive cliques” which may harm the interests of third parties.

China’s Vaccines 'On a Roll'

As the coronavirus pandemic continues unabated and countries rush to roll out vaccination campaigns, in December last year China promised countries in Southeast Asia and Africa that they would have priority when Beijing’s home-grown vaccines were ready for distribution.

© AFP 2021 / TANG CHHIN SOTHY
A four-star general receives the Sinopharm vaccine from China during the first day of vaccinations against the Covid-19 coronavirus at a hospital in Phnom Penh on February 10, 2021.

Currently, inoculations with Chinese vaccines have begun in more than 25 countries, with the shots delivered to another 11, according to an AP tally.

China has said it is supplying “vaccine aid” to 53 countries and exports to 27.
Most of China’s jabs are from Sinovac and Sinopharm, and rely on a traditional technology called an inactivated virus vaccine.

A sneak peek into #Sinopharm vaccine production site, capable of annually producing 1bln doses of #COVID19 vaccine! As of Feb 22, Sinopharm's vaccine has been approved for emergency use in 30+ countries&regions & contributes to the global vaccination drive. pic.twitter.com/6WZvWNEnwT

​In Europe, China is providing the jabs to countries such as Hungary and Serbia, with the latter the first country in Europe to start inoculating its population with the vaccines in January.

In Asia, Pakistan became the first country to receive China's vaccine aid after a batch of doses developed by Sinopharm arrived in the country on 2 February.

Beijing has been resolutely denying allegations that its “vaccine diplomacy” might “come at a cost”. A Ministry of Foreign Affairs spokesperson said China considered the vaccine a “global public good.”

“I don’t see any linkage there… China should do more to help other countries, because it’s doing well,” said Wang Huiyao, president of the Beijing think tank, Centre for China and Globaliwation.

COVID-19: China Competes With the US for Brazil Vaccine Market