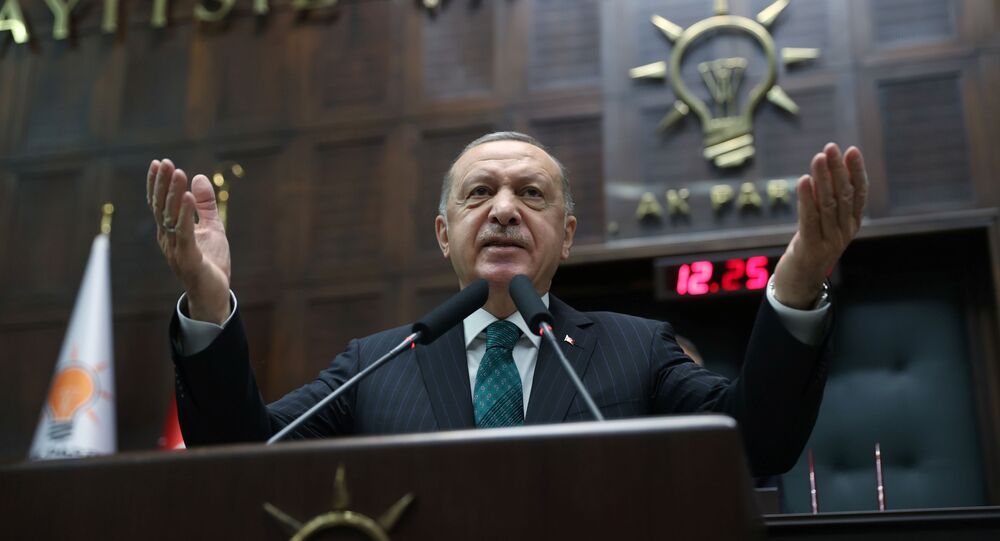 ANKARA (Sputnik) - Turkish President Recep Tayyip Erdogan said on Tuesday that he held a successful virtual call with French President Emmanuel Macron, stressing that the relations between the countries have great potential.

On January 15, Macron expressed the intention to normalize bilateral relations between Paris and Ankara in a letter to Erdogan.

"We held a very good conversation with my French counterpart Macron. We have discussed bilateral relations and regional and international issues. I believe that Turkish-French relations have great potential. We want to move in solidarity with France in many areas, first of all, in the fight against terrorism," Erdogan wrote on Telegram.

The president added that the countries could promote peace in various regions, including the Transcaucasia, the Middle East and Africa.

"There are steps that we can take jointly in the fight against terrorist groups that threaten our countries, as well lives and property of our citizens," Erdogan said.

"Regarding Turkey … We have noted positive changes in statements. There are no insults anymore, promising statements are made … Moreover, there are two new moments: at this stage, there are no Turkish vessels in the Cypriot waters and also Turkey is determined to hold discussion with Greece," Le Drian said, addressing French lawmakers.

The minister stressed that Paris wanted to have strong ties with Ankara, but added that the countries still had lots of differences.

"But it is very fragile, because the list of differences is very long," Le Drian said.

Turkish and French leaders have been in a row over the problem of radical Islamism since October, when Macron pledged to fight the Islamist threat amid national dismay over several terrorist attacks in France, including the brutal beheading of a history teacher in Paris and deadly a stabbing in Nice. In response, Erdogan commented on the French president's mental health and urged the Turkish population to refrain from buying French-made products.