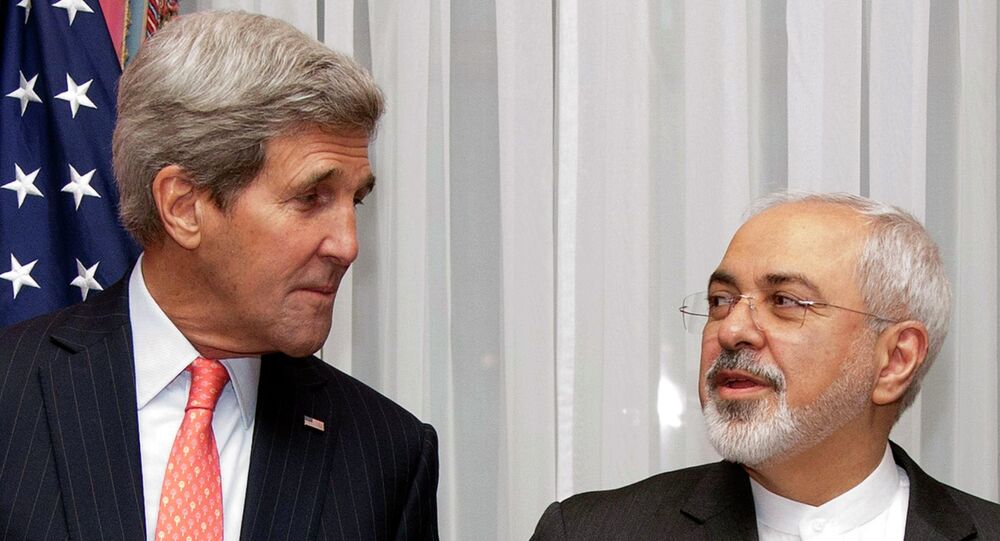 On Sunday, US media reported that former Obama-era officials including ex-Secretary of State John Kerry held secret face-to-face meetings with Iranian Foreign Minister Mohammad Javad Zarif in 2017, 2018 and 2019, ostensibly to lay the foundations for a future US administration seeking to repair relations and restore the Iran nuclear agreement.

“What John Kerry did is anti-American,” Cohanim, an Iranian-born immigrant to the United States, said, speaking to Fox News on Wednesday.

“One can’t help but think about what happened with General [Michael] Flynn, who was in office and punished for having conversations with foreign governments. John Kerry did this when he was out of office. You have to wonder: what exactly was it that John Kerry was advising the Iranians?” the former official asked, referring to the scandal surrounding the former Trump national security advisor, which led to his resignation, and later, to criminal charges.

Blasting the new administration for its efforts to return to the Iran nuclear deal, Cohanim called on Washington to keep up Trump-era sanctions pressure.

“The Iranian regime is really on the verge of collapse. They are the ones who need the United States. The Biden administration is practicing what I call diplomatic malpractice. We need to stop making unilateral concessions to the Iranian regime. We need to re-up our demands,” she suggested.

Her comments follow reports from late last week that Kerry, Obama Middle East Advisor Robert Malley and former Energy Secretary Ernest Moniz, all of whom played a role in negotiating the 2015 Iran nuclear deal, had held a series of secret meetings with the Iranian foreign minister during Trump’s first three years in office.

Iran’s initial optimism that the Biden administration would walk back Trump’s pressure and rejoin the JCPOA have faded over the past month amid the Democrat’s demand that Tehran make the first move. Washington says it will not rejoin the agreement until Iran comes back to full compliance with JCPOA guidelines on uranium enrichment and stockpiling. The Islamic Republic maintains that because the US side that abrogated the agreement, it’s up to the White House to take the first step to rejoining it by scrapping all illegal sanctions against the Middle Eastern nation.

On Monday, Tehran’s deadline for the US and Western European JCPOA signatories to make good on their commitments expired, prompting Iran to halt its voluntary implementation of the International Atomic Energy Agency protocol allowing the watchdog to carry out snap inspections of Iran’s nuclear facilities.

Kerry served as secretary of state under Barack Obama between 2013 and January 2017. Joe Biden appointed him to the newly created post of special presidential envoy for climate in January 2021.

US Insists That Iran Cooperate With IAEA Without Delay