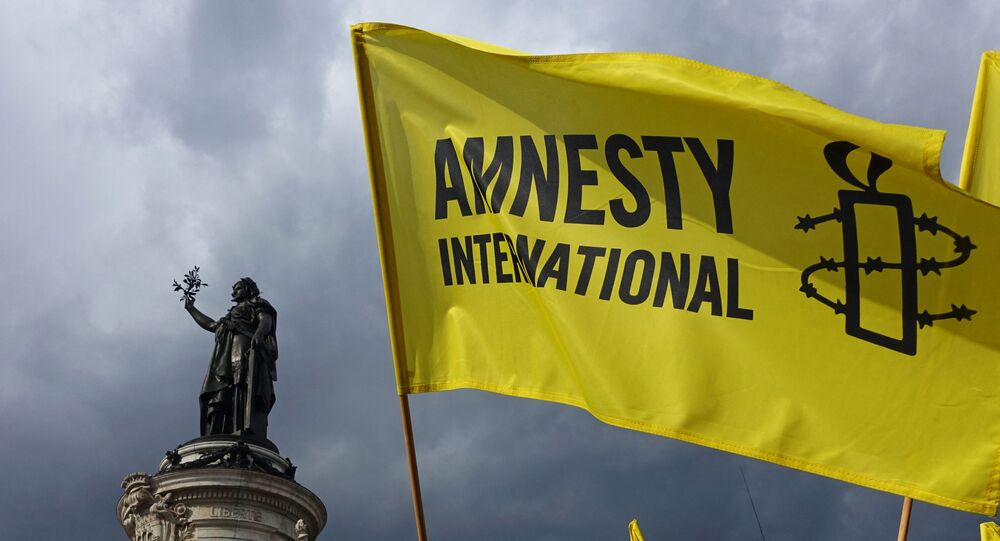 In an email in response to the journalist's request, Amnesty said that the reason for Navalny's arrest was "his outspoken criticism" of the Russian authorities, his reports on "top-level corruption in Russia" and "his peaceful activism," adding that it was still calling for Navalny's release, but noted that it could no longer consider the opposition figure a prisoner of conscience.

"Many of the old videos and social media posts in which Navalny made controversial pronouncements resurfaced recently and have seen active circulation," the organization said.

It said that the charges against Navalny did not relate to the videos.

"We are therefore still calling for his immediate release and for the Russian authorities to cease this politically-motivated prosecution," Amnesty International said.

"However, in light of new information that has emerged recently, Amnesty International is no longer able to consider Aleksei Navalny a prisoner of conscience given the fact that he advocated violence and discrimination and he has not retracted such statements," the rights organization said.

New: @AmnestyUK withdraws designation of Navalny as a "prisoner of conscience." In email, Amnesty says it's "no longer able to consider Aleksei Navalny a prisoner of conscience given the fact that he advocated violence and discrimination and he has not retracted such statements." pic.twitter.com/E9m0e6lzT8

​In January, Navalny returned to Moscow from Germany, where he was treated for alleged poisoning, and was arrested upon arrival at Sheremetyevo International Airport. Shortly after, a Moscow court rescinded Navalny's suspended sentence in the 2014 Yves Rocher fraud case over multiple probation breaches and replaced it with a 3.5-year prison term.