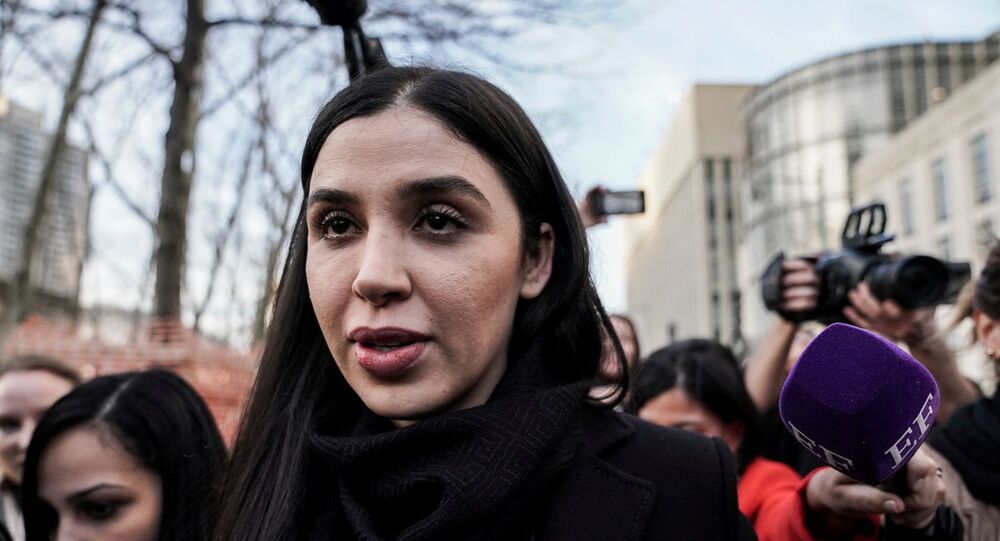 The wife of Mexican drug kingpin Joaquin "El Chapo" Guzman has been arrested in the United States on drug-trafficking charges. She's accused of helping her now-jailed spouse run his cartel and plot his escape from a Mexican prison in 2015.

The president also described Aispuro's arrest in Virginia on Monday as "a matter for the US."

The 31-year-old wife of the drug lord was arrested at Dulles International Airport in Virginia and has been charged with helping her husband run his multibillion-dollar criminal empire.

The former teenage beauty queen was charged with conspiracy to distribute cocaine, methamphetamine, heroin, and marijuana in the US. She was also accused of helping El Chapo escape from a Mexican prison back in 2015 and taking part in plotting oa second jailbreak before he was extradited to the US.

She's expected to appear before court on Tuesday.

El Chapo was recaptured in 2016 six months after he escaped from a maximum security jail in Mexico through a 1.5km-long tunnel, triggering a huge manhunt with a $5m reward for information offered by the US government. He was detained following a shoot-out with Mexican marines in the coastal city of Los Mochis.

Upon his extradition to the US in 2017, Guzman, who ran a cartel responsible for smuggling tonnes of cocaine and other drugs into America during his 25-year leadership, was convicted on a number of criminal charges. He's currently serving a life sentence in a maximum security prison in Florence, Colorado.