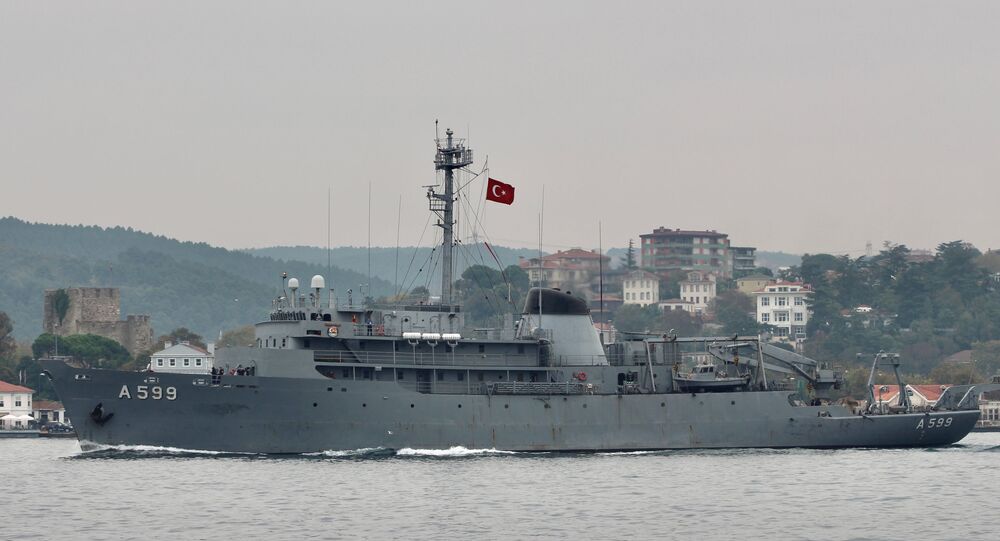 Turkey sent the TCG Cesme in the international waters of the Aegean Sea until 2 March to do hydrographic surveying. Greece objected to the move, saying that it damages a renewed dialogue the two countries have managed to establish recently.

The Turkish Defence Ministry said that four F-16 fighter jets belonging to the Greek Air Force "harassed" Turkey's TCG Çeşme research vessel while it was on duty conducting a hydrographic scientific and technical survey in international waters in the northern Aegean Sea.

According to the ministry's sources cited by Daily Sabah, one of the jets dropped a chaff cartridge two nautical miles away.

"It was an act of harassment, which our Greek neighbours carry out frequently... We gave the necessary response in line with the rules,'' Turkey's Defence Minister Hulusi Akar said on Tuesday, as quoted by AP.

The minister added that Ankara has retaliated but did not elaborate. According to Akar, the vessel has been researching earthquakes that frequently shake the region.

Greece has not commented on Turkey's statement yet.

On 25 January, Turkish and Greek officials met in Istanbul to discuss measures to improve their relations after months of a maritime border dispute about the extent of their exclusive economic zones in the eastern Mediterranean.