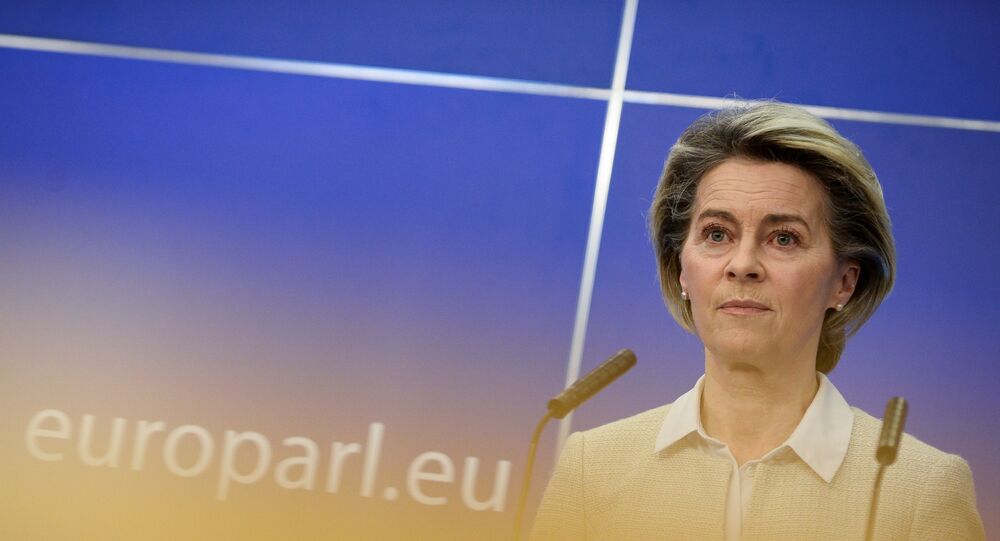 BRUSSELS (Sputnik) - The European Union must wean off its over-reliance on imports from abroad to drive its technological development, such as China’s dominance in providing rare earth elements, President of the European Commission Ursula von der Leyen said on Tuesday.

“Green and digital technologies currently depend on a number of scarce raw materials. We import lithium for electric cars, platinum to produce clean hydrogen, silicon metal for solar panels, 98 percent of the rare earth elements we need come from a single supplier - China - and this is not sustainable,” von der Leyen said in a video address to mark the EU Industry Days 2021.

The president said that the creation of a European Raw Materials Alliance late last year was made for this purpose, so as to alleviate the bloc’s reliance on extractive practices and to circulate critical material among member states.

Rare earth elements are produced on a handful of locations in China, the US and Myanmar, with trace amounts in other countries. China accounts for over two-thirds of the world’s rare earth elements supply, all from several queries in the Inner Mongolia region.

The elements play an essential role in technology, from microchips to speakers to X-ray imaging, but are extremely labor-intensive to extract. Some estimates indicate that extracting one tonne of rare earth elements produces around 100 tonnes of waste.