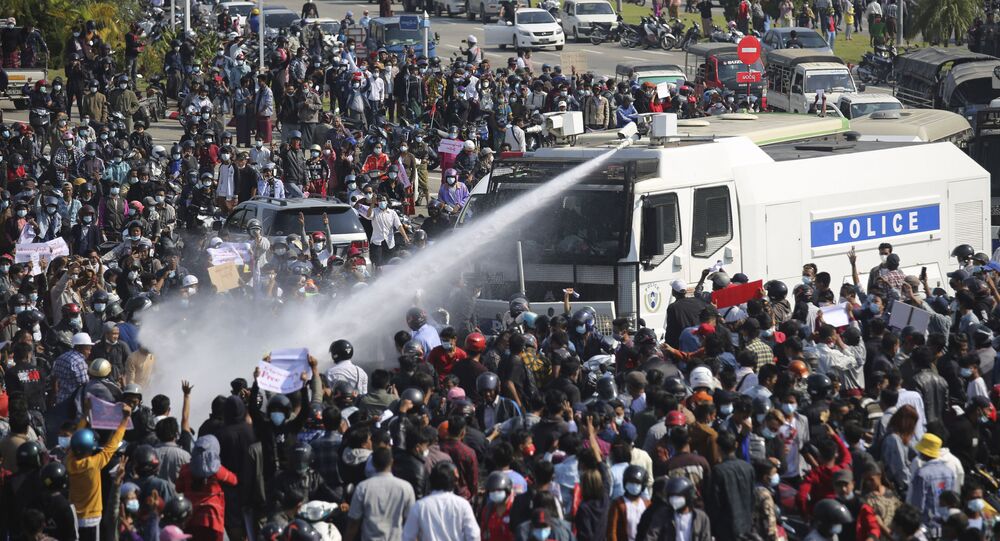 'We Are Not Prepared to Stand By': Germany Warns Myanmar May be Sanctioned as 'Ultima Ratio'

The situation in the Asian country has been tense since the beginning of February, when the Myanmar military seized power, arresting the government and declaring a state of emergency.

German Foreign Minister Heiko Maas stated on Monday that events in Myanmar are concerning, noting that the EU may use sanctions as an ultima ratio.

"We are not prepared to stand by and watch", Maas said ahead of a meeting with European foreign ministers in Brussels. "We will use all diplomatic channels to push for a de-escalation in Myanmar but at the same time, as a last resort, prepare sanctions on the military regime in Myanmar".

EU foreign ministers addressed Maas' statement, noting they are ready to impose sanctions on Myanmar officials over the coup.

"Today, I call on the Myanmar military to stop the repression immediately. Release the prisoners. End the violence. Respect human rights, and the will of the people expressed in recent elections", Guterres told the UN Human Rights Council in a pre-recorded video message.

Previously, 8 Myanmar generals and three entities were targeted by US sanctions, as President Joe Biden said they are responsible for the coup in the country. The UK and Canada followed Washingon also imposing sanctions against several top Myanmar officials.

Myanmar has been facing mass protests against the military coup since the arrest of State Counsellor Aung San Suu Kyi, President Win Myint, and other senior officials earlier this month. The clashes between police and protesters have already resulted in at least two purported deaths and multiple injuries, as police reportedly shot demonstrators with live rounds.

The military accused the deposed government head Aung San Suu Kyi and her National League for Democracy of voter fraud and vowed to hold fair elections next year.