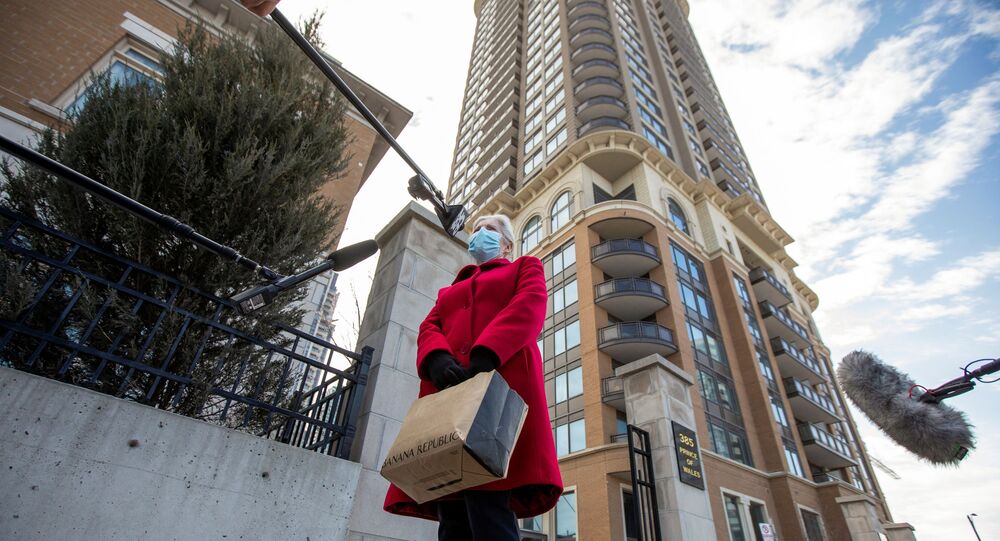 TORONTO (Sputnik) - The Canadian province of Ontario is extending the existing COVID-19 induced stay-at-home order for the city of Toronto, a neighboring region, and a remote northern region until March 8, the provincial government said on Friday.

"In the Toronto and Peel Public Health Regions, and the North Bay-Parry Sound District, the shutdown measures and the Stay-at-Home order will continue to apply until at least Monday, March 8, 2021, based on key public health indicators and following consultation with the local medical officers of health," Ontario’s government said in a statement.

The current order, which was originally enacted in December, will expire for most of the province on February 22, the statement said. Three regions – Hastings Prince Edward, Kingston, Frontenac and Lennox and Addington as well as Refrew County – had their orders expire on February 10.

The decision was met with scathing disapproval by Canada’s independent business advocacy.

“With today’s announcement of extended lockdowns for Toronto, Peel and North Bay until at least March 8, the Ontario government has once again chosen to use small business as cannon fodder, renewing its reputation as the least small business-friendly government in the country during the pandemic,” Dan Kelly, President and CEO of the Canadian Federation of Independent Businesses (CFIB), said in a statement.

Kelly added that as of March, small businesses will have gone four months without the ability to serve customers in-store despite few restrictions for big box stores, including Walmart and Costco.

Persistent lockdown orders in Canada in combination with an underwhelming federal vaccine rollout have resulted in hundreds of businesses reopening in defiance of the restrictive measures in place. Last Thursday, despite facing steep fines of up to $79,000, more than 500 small business owners in at least eight out of ten Canadian provinces reopened in defiance of the strict lockdown measures in place across much of the country.

Canadian business owners, some of whom participated in the protest, told Sputnik that the pandemic is crushing small businesses, while governments have issued confusing new guidelines and relief programs that are insufficient.

Polar Vortex Blasts All of Canada Into Frigid, Subfreezing Temperatures