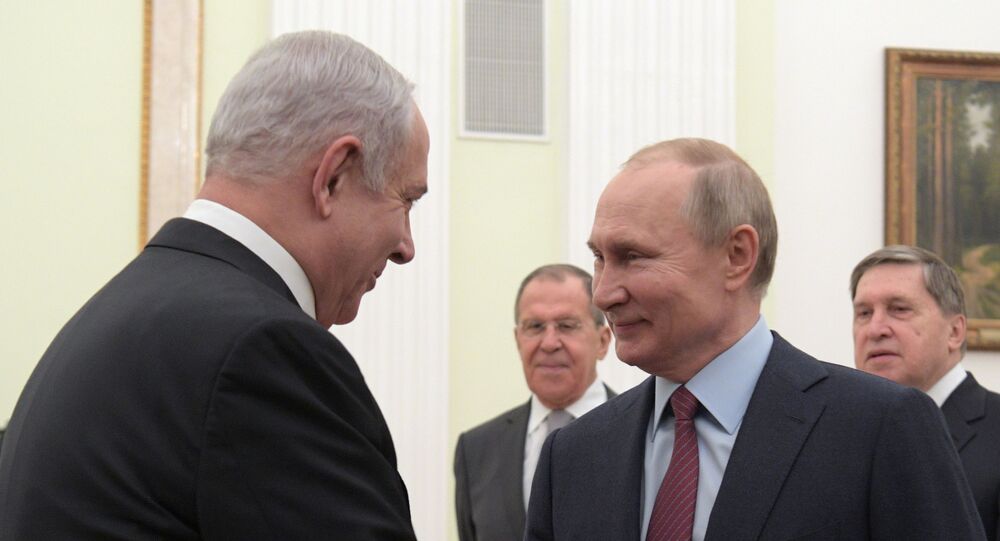 “Several days ago, a young Israeli woman crossed the border with Syria. I had two conversations with my friend, Russian President Vladimir Putin. I have asked him to assist in returning her, and he acted. I would like to thank him for once again supporting us in returning our citizens to Israel,” Netanyahu said in a televised address posted in social networks on late Thursday.

The Israeli citizen was released as part of the Russian-mediated prisoners’ swap, under which Israel freed three Syrians.

“Israel has always done and will always do everything possible to return our citizens home,” Netanyahu added.

Prime Minister Benjamin Netanyahu:
"Several days ago, a young Israeli woman crossed the border to Syria. I spoke twice with my friend Russian President Vladimir Putin. I requested his assistance in returning her, and he acted. pic.twitter.com/fXrpx9Qmhy

Syrian news agency SANA reported earlier that the country held negotiations with Israel on a Russian-brokered prisoner swap deal: “operations are underway to liberate Syrian citizens of the occupied Syrian Golan from prisons of the Israeli occupation … The swap process is taking place through Russia’s mediation to free the Syrians, Nihal al-Maqt and Dhiyab Qahmuz … in an exchange, during which a young Israeli woman will be released.”

In April 2019, Russia, which plays a key role in settling the deep-rooted crisis in Syria for years, mediated another prisoner swap operation between the two countries, during which the body of Zachary Baumel, an Israel Defense Forces’ soldier who was killed in the 1982 Sultan Yacoub battle, was returned in exchange for the release of prisoners.

According to media reports, Qahmuz, a resident of an Israeli Arab village on the Lebanese border, received a 14-year sentence in 2018 for smuggling explosives from Lebanon’s Hezbollah into Israel and plotting a terrorist attack there. He was also fined over $34,000.

Al-Maqt, a Syrian resident of the northern Golan Heights, reportedly comes from a family of prisoners, with all of them opposing Israel’s rule over the area. He was indicted by an Israeli court in 2017 for incitement.

The identity of the released Israeli woman remains unknown.

The territory of the Golan Heights was annexed by Israel in 1981, but this was not recognized by the United Nations. The Golan Heights is widely seen as an exceptionally important strategic area, chiefly since it offers a clear view on both Syria and Israel.