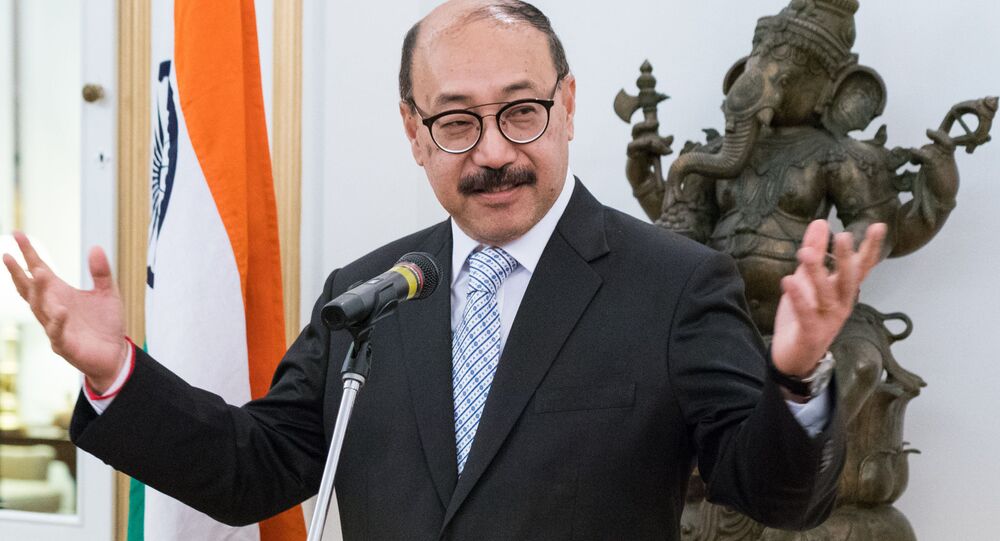 India, Russia Discuss Afghanistan Among Other Issues Ahead of President Putin's Visit to New Delhi

Despite the Covid-19 pandemic, India and Russia have sustained the momentum of the Special and Privileged Strategic Partnership between the two countries. The two countries lined up a series of high level visits including those of an armed forces chief to finalise the agenda of the bilateral annual summit later this year.

India’s Foreign Secretary Harsh Vardhan Shringla discussed Afghanistan and other regional development with Russian foreign minister Sergei Lavrov on Wednesday during his two-day visit to Moscow. Shringla said they discussed some regional and international issues of interest including cooperation in the United Nations and United Nations Security Council, where India is a non-permanent member now.

"We also spoke about issues like Afghanistan, which both countries have a direct interest in," Shringla said.

The discussion has come at a time when NATO chief Jens Stoltenberg dismissed the early pullout of troops from war-torn Afghanistan, adding “We will only leave when the time is right and the focus now is how we can we support the peace talks.” As per the Doha peace agreement, NATO troops will have to leave Afghanistan by 1 May this year.

Earlier this month, New Delhi and Kabul signed a $236 million deal for the construction of Shahtoot Dam while raising concerns about the rising violence in Afghanistan.

© Sputnik
India Refuses to Budge on US Threat as 100 Airmen Ready for S-400 System Training in Russia
India's foreign secretary also spoke about the annual summit that was deferred last year due to the pandemic. Lavrov said President Vladimir Putin was looking forward to his visit to India at the invitation of Prime Minister Modi and that “the visit would take place sometime on a date to be decided".

"There are a number of other visits that we spoke about -- there is a visit of the Deputy Prime Minister for the Inter-Governmental Commission with our Minister for External Affairs. We are looking at the visits of our army and naval chiefs. There are a large number of exchanges that are on the cards for the India-Russia relationship," Shringla underlined.

The Foreign Secretary said they also discussed cooperation in the area of vaccines, global responses to COVID-19 and how India and Russia can work together in tandem to deal with this issue.