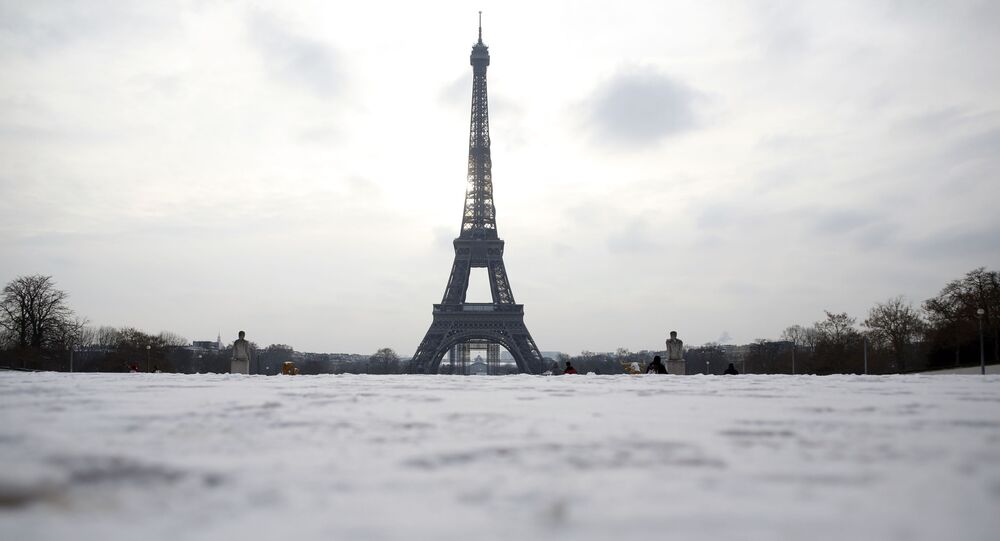 Europe has been hit by extreme amount of snow and cold temperatures this year, which have exhausted countries' own fuel reserves and prompted them to seek additional help elsewhere.

Russia’s energy giant Gazprom has increased its export of gas to France by almost 1.5 times since the start of the year, the company said on its Telegram channel, linking Europe’s surging demand for natural gas to the “cold, frosty winter..

France’s gas reserves in underground storage have declined below 30%, the gas producer added, citing data from Gas Infrastructure Europe. In Germany, the gas reserves reportedly dropped to 34.17% and to 45.28% in Austria.

France has been Russia’s long-time ally when it comes to natural gas purchases. The country has imported over 406.8 bcm of Russian gas in the last 40 years since the two nations have established their cooperation in the area.

According to Gazprom, ‘blue fuel’ exports to France have reached 14.07 bcm in 2019 but last year’s demand for the energy across Europe was significantly crippled by the COVID pandemic.

The situation has dramatically changed in 2021. Gazprom earlier said that it sent a record volume of gas (19.4 bcm) to non-CIS countries this January in comparison to the same period in all previous years – or a 45.4% increase from January 2020. The purchases of gas increased by 77.3% in France and by 32.4% in Germany during the month. In Italy they jumped 221.5%, the company said.

© REUTERS / Thibault Camus
People walk and ride a bicycle on a snow covered alley near the Eiffel Tower, in Paris, Wednesday, Feb. 10, 2021
With extreme weather alerts over snowfalls and failing temperatures raised across Europe amid the “Beast from the East 2” apocalypse, the rising demand for Russian gas became even more visible this month. Gazprom announced last week that in the first ten days of February, exports of Russian gas to Germany increased 47.8% in comparison to the same period in 2020.
...
Reddit
Google+
Blogger
Pinterest
StumbleUpon
Telegram
WhatsApp
951
Tags:
weather, Austria, France, Europe, gas, Gazprom, Russia
Community standardsDiscussion