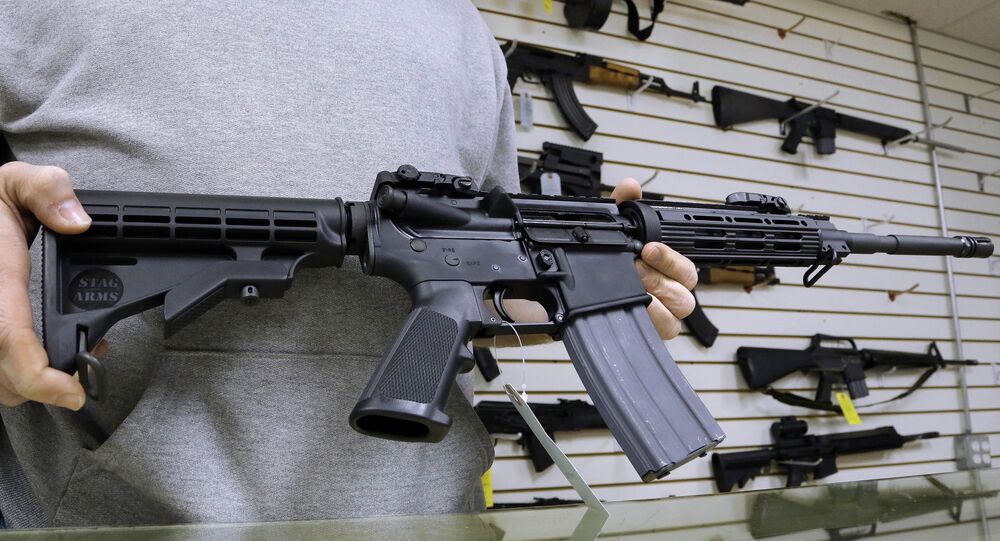 The program is just one of several measures included in Bill C-21 - an Act to amend certain Acts and to make certain consequential amendments (firearms) - introduced in the House of Commons this morning by Public Safety Minister Bill Blair.

“We will move with a buy-back program in the coming months,” Trudeau told reporters.

The buy-back program will be voluntary and gun owners may choose to keep their weapons, however, under the new legislation it would be illegal to use, transport or resell the outlawed guns and gun owners will be required to complete a new licensing process.

Blair explained that effectively making the designated weapons useless would serve as an incentive to participate in the program, when asked why the plan is not mandatory.

© AP Photo / Jens Meyer
Canada Bans 1,500 Types of Assault Weapons Effective Immediately, Trudeau Says
Government officials did not specify how much funding has been allotted for the program.

Additionally, the governing Liberals are seeking to enact stiffer penalties for gun smuggling and trafficking, increasing law enforcement powers to combat gun crime and tightening firearms advertising standards among other measures as part of the bill.

Trudeau added that the federal government will back a push by some mayors to ban handguns in Canadian cities.

Reacting to the news, the CCFR denounced the legislation as political pandering, adding that it will do little to curb gun violence across the country.

“In our opinion, this bill is simply electioneering. The real problem is that licensed gun owners are the fodder used to mobilize the Liberal Party’s base,” the CCFR said in a statement. “Reasonable Canadians should ask themselves if they think that anything in this bill will stop the shootings in downtown Toronto or Vancouver or the violence or property crime we see in rural communities.”