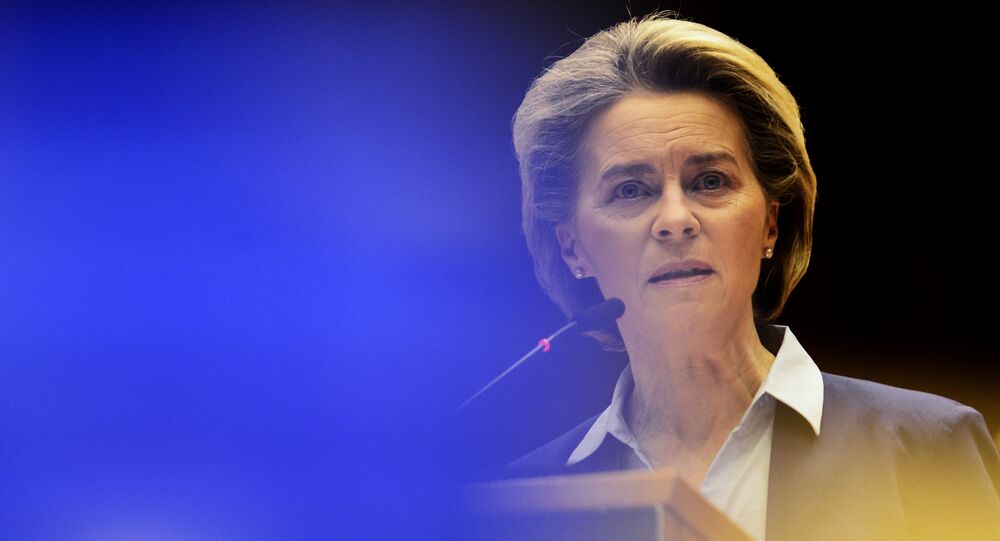 Former Belgian prime minister Guy Verhofstadt has given a rough assessment of the European Commission President, accusing Ursula von der Leyen of poisoning relations between the EU and the United Kingdom with the Irish border disaster.

“The use of Article 16 of the Northern Ireland protocol has been a diplomatic disaster that destroyed in a few seconds the seriousness of the negotiations with the UK conducted by Michel Barnier for more than three years,” Verhofstadt, who was one of the European parliament’s key negotiators, told the Sunday Times.

Triggering Article 16 of the Northern Ireland Protocol – part of the Brexit withdrawal agreement - allows either signatory to the deal to override it if the accord leads to “economic, societal or environmental difficulties” that cannot be resolved.

Diplomats in Brussels maintain that the plan to trigger the article, without any consultations with London, Dublin or Belfast, was personally driven by von der Leyen in opposition to some of her own advisors, as the EU Commission chief was trying to put the flow of vaccines produced in the bloc under control and prevent any jabs from being leaked to the UK through the Irish backdoor. To some EU staffers, however, the plan looked more like von der Leyen’s personal vendetta towards the UK over Brexit rather than any rational decision.

Apart from the Irish border issue, Brussels and London have also been at loggerheads over custom checks introduced between Great Britain and Northern Ireland as a part of Brexit agreement, that had disrupted trade flow between parts of the United Kingdom.

While the Irish border proposal was quickly dropped following an outcry from British, Irish and European officials, von der Leyen – who apologised for the Article 16 “mistakes” - has remained under scrutiny over her poor management of coronavirus vaccine roll-out, which Verhofstadt dubbed a complete “fiasco”.

“A fiasco I called it and a fiasco it is. After two months, the rollout of vaccines is dramatically low in Europe. On average, no more than 4 percent of European citizens have received a first dose,” said the politician, who is a current Member of the European Parliament.

Verhofstadt accused the EU Commission president of “prolonging drastically the COVID pandemic on mainland Europe” with often ill-thought measures, such as the introduction of vaccine export authorisation that was announced at the end of January to control the flow of jabs, 75% of which are made in the bloc. The former leader of Belgium raged that the union’s mass vaccination programme still remains limited due to the EC’s mismanagement of procurement deals.

“The EU is a world leader in producing vaccines yet there is a lack of supply in every EU country. It’s a lack not seen in the same dramatic proportions in the US, Canada or the UK. In the US nearly 10 percent of the population has had a first shot. In Britain it’s 20 percent,” Verhofstadt explained.

According to the official, there was now a need on the European Commission’s part to “renegotiate, with binding commitments and mandatory timelines, and speed up the authorisation of upcoming vaccines.”

UK’s vaccination efforts, despite being widespread and arguably much more successful than those in the EU, with nearly 22% or Britons already receiving their first jabs, have also been heavily scrutinised by France.

French Secretary of State for European Affairs Clément Beaune believes that the UK is “going faster because they have relied heavily on the first injection,” which he says is a “strategy of massive vaccination with more risks”.

“If we take a look at the number of people who have had both injections in the UK and the EU, France included, we see that the number of fully vaccinated people is lower in the UK,” Beaune said.

“What is happening in the UK is not something I would like to have here,” the official added.

According to estimates, France so far has vaccinated slightly more than 4% of its population of more than 67 million.