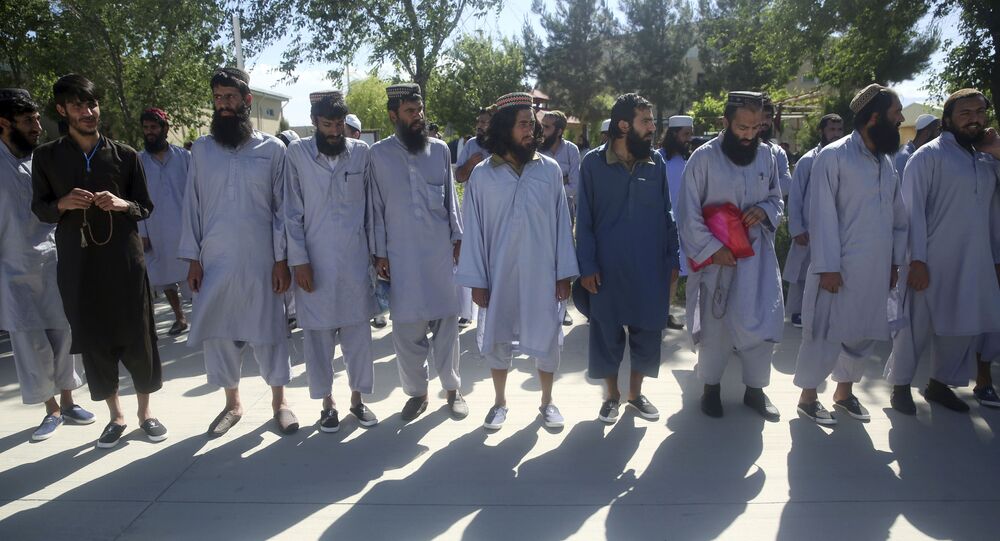 Peace talks between the Afghan government and the Taliban have been ongoing for months with no agreement reached yet.

The Taliban must break ties with terrorists to meet its peace commitments in Afghanistan, NATO Secretary-General Jens Stoltenberg said during a press conference on Monday.

"We see that there is still a need for the Taliban to do more when it comes to delivering on their commitments ... to make sure that they break old ties with international terrorists," Stoltenberg said.

He urged the Taliban to reduce violence in Afghanistan, adding that any possible withdrawal of troops would rely on the situation on the ground.

"Our common goal is clear: Afghanistan should never again serve as a haven for terrorists to attack our homelands... While no ally wants to stay in Afghanistan longer than necessary we will not leave before the time is right," Stoltenberg said.

Last week, the Taliban warned NATO against seeking a "continuation of war" as the alliance considers a planned withdrawal from Afghanistan.

"Our message to the upcoming NATO ministerial meeting is that the continuation of occupation and war is neither in your interest nor in the interest of your and our people...Anyone seeking an extension of wars and occupation will be held liable for it just like the previous two decades," the Taliban said in a statement.

The Trump administration reached a deal with the Taliban in 2020, which said that foreign troops would leave Afghanistan by May 2021 in exchange for breaking ties with Al-Qaeda and starting peace talks with Kabul, and other conditions.

The administration of the newly-elected US President Joe Biden said it would review the deal, and the Pentagon accused the Taliban of failing to meet its obligations to reduce violence.