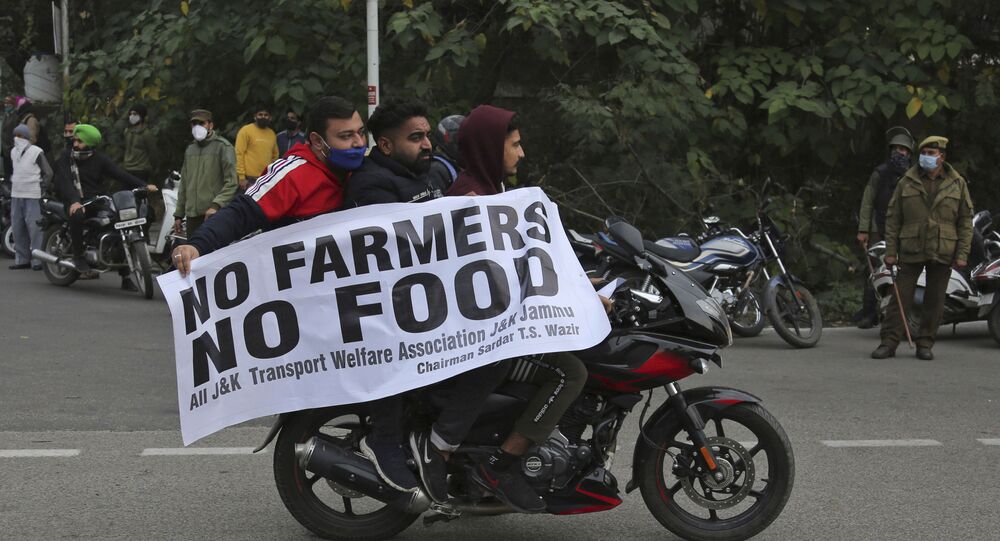 MOSCOW (Sputnik) - The International Federation of Journalists (IFJ) on Monday denounced the misuse of power by the Indian police for targeting media workers who were covering the ongoing farmer protests in the country that resulted in the arrests of several journalists.

According to the organizations, at least nine media workers have been arrested by police on criminal charges for reporting on and making posts on the internet about the farmers’ demonstrations in India since November 2020.

"The International Federation of Journalists (IFJ) and its Indian affiliate Indian Journalists Union (IJU) condemn the tactics used to suppress media," the IFJ said in a press release, calling the police actions "a blatant misuse of power and law" against media workers.

Both the IJF and IJU also urged New Delhi to withdraw the cases against all nine reporters and ensure their safety amid a worsening track record of intimidating journalists in the country, the press release added.

Indian farmers have been protesting for over three months now against three new laws that cancel the government-assured minimal purchase price, among other changes that farmers fear will leave them vulnerable before potential abuse by private businesses.

On 26 January, farmers attempted to storm the Indian capital during the celebrations marking the 72nd Republic Day, which eventually turned into violent clashes with law enforcement officers, killing at least one farmer and injuring several security troops.