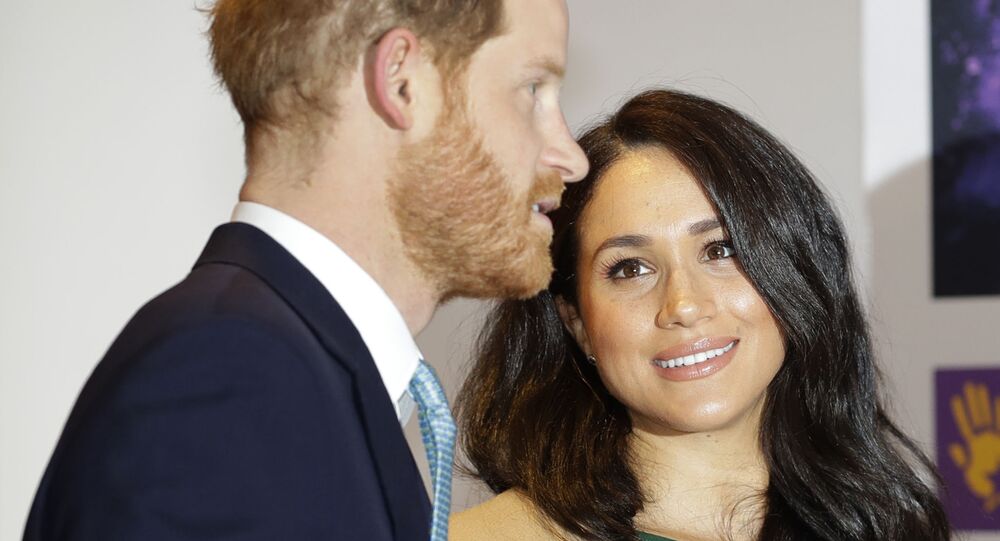 The Duke and Duchess of Sussex set hearts pounding with joy over the weekend when they officially confirmed that one-year-old Archie would soon become “a big brother".

It was probably not good timing for the Australian magazine ‘No Idea’ to hint that the royal “split” was forthcoming as the tabloid unveiled a cover on Monday featuring a torn wedding photo of Prince Harry and Meghan Markle with a flashy “It’s all over!” headline.

Talk about bad timing! Australian magazine New Idea (living up to its nickname of No Idea) hits newsstands with a front-page story 'claiming Prince Harry and Meghan Markle have split'... right as the Sussexes announce they are expecting their second child https://t.co/b51Mwxm0qn pic.twitter.com/ynlq8GqB8l

The actual article was not suggesting that the Sussexes were about to get divorced, but rather claimed – with no evidence whatsoever – that the Buckingham Palace was bombarded with demands to strip the couple of their royal titles “once and for all” over “a series of slip-ups, missteps and spin” which had apparently left “the Queen suffering a firestorm of unprecedented scrutiny”.

The magazine’s front image, however, made it really look like the couple had called it quits – in a classic tabloid move, as some have pointed out. What made the situation more astonishing – if not ridiculous – was the fact that the cover page hit the shelves and the net just hours after Prince Harry and Meghan had announced that they were “overjoyed” to soon welcome an addition to their family of three.

“Archie is going to be a big brother. The Duke and Duchess of Sussex are overjoyed to be expecting their second child”, the couple’s spokersperson confirmed through the media as Prince Harry and Meghan shared a black and white pic of themselves that showed the duchess with an impressive bump.

Harry was pictured smiling and barefoot, as he rested his hand in the wife’s hair, while a laughing Meghan placed her head on the husband’s hip. A perfect image of peace and harmony, many would have said.

So the Australian magazine’s hit piece headline was really “bad timing”, netizens joked over social media. One appeared very angry at the tabloid for spreading “lies”.

I loathe these magazines using real people to create fantasies about. They're often really nasty & invite vicious gossip from people who actually seem to think their stories contain truth, & that ppl they have no idea about deserve their judgement:-(

This Magazine should be shut down forever..always publishing absolute lies...shame on you!!

New Idea and Womans Day appear to have two main stories and only two main stories - the racist anti-Meghan story, and the stupid Brad n Jen story. They just recycle "sources" and a lot of photoshop stuff as they alternate between those two fictional narratives. It's disgusting.

The magazine has not commented on the controversy so far, but shared the couple’s pic in its Instagram account, announcing “breaking” news that Meghan and Prince Harry were expecting a second child. One saw the move as somewhat hypocritical.

“Yet this weeks front cover is harry and Megan have split, heres a new idea stop printing fake news for selling [sic],” one user raged.

Prince Harry and Meghan Markle announced in January 2020 that they would step down from their senior royal positions to start balancing their timing between the United Kingdom and North America in a bid to now live a “financially independent” life.

The Duke and Duchess of Sussex still kept their royal patronages, as Prince Harry remained sixth in line to the throne and also retained his military titles. The two were expected to come back to the UK from their California mansion in the upcoming months to review Megxit arrangements but this probably won’t happen due to a new wave of coronavirus restrictions. Some sources maintain now that the gathering was not even needed – the Queen was apparently satisfied with the fact that the arrangement between the Sussexes and the Buckingham Palace was working well.