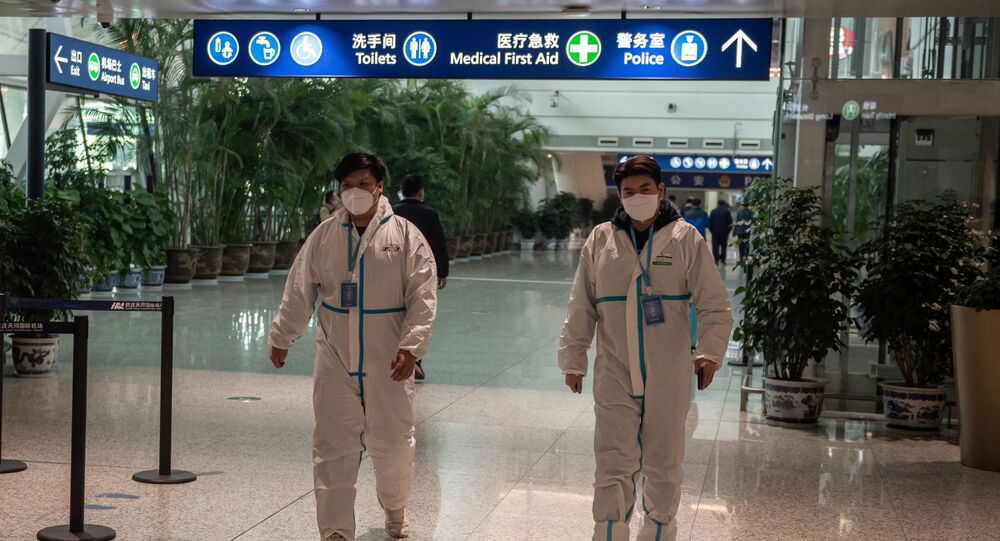 On Friday, World Health Organisation Director-General Tedros Adhanom Ghebreyesus stated that all hypotheses related to the origins of the coronavirus "remain open and require further analysis and studies", following a month-long WHO mission in Wuhan, China.

Beijing has lashed out at the White House over its allegations that Chinese authorities withheld some coronavirus outbreak-related information from World Health Organisation (WHO) experts.

A statement by the Chinese Embassy in Washington argued that the US had already "gravely damaged international cooperation on COVID-19" and was now "pointing fingers at other countries who have been faithfully supporting the WHO and at the WHO itself".

Chinese diplomats also praised US President Joe Biden's move to reverse the Trump administration's previous decision to withdraw from the WHO.

At the same time, they expressed hope that the US will "hold itself to the highest standards, take a serious, earnest, transparent, and responsible attitude, shoulder its rightful responsibility, support the WHO's work with real actions and make due contribution to international cooperation on COVID-19".

Sullivan Warns Against China Meddling in WHO COVID Report

The statement came shortly after US National Security Adviser Jake Sullivan said President Joe Biden's government was alarmed about a recent report by The Wall Street Journal alleging Chinese officials withheld information from members of the recent WHO investigative mission on the origins of the coronavirus.

"We have deep concerns about the way in which the early findings of the COVID-19 investigation were communicated and questions about the process used to reach them", Sullivan said.

He pointed out that "it is imperative that this report be independent, with expert findings free from intervention or alteration by the Chinese government", and that "to better understand this pandemic and prepare for the next one, China must make available its data from the earliest days of the outbreak".

The US national security adviser insisted that "all countries, including China, should participate in a transparent and robust process for preventing and responding to health emergencies — so that the world learns as much as possible as soon as possible".

© REUTERS / HECTOR RETAMAL
This aerial view shows the P4 laboratory (centre L) on the campus of the Wuhan Institute of Virology in Wuhan in China's central Hubei province on May 27, 2020.

Sullivan spoke a day after WHO Director-General Tedros Adhanom Ghebreyesus said that all theories on the origins of COVID-19 remain on the table after the completion of a month-long mission conducted by WHO investigators in the Chinese city of Wuhan.

The director-general emphasised that the expert team has not ruled out any version of events, and would continue analysing data collected during the trip.

"Some questions have been raised as to whether some hypotheses have been discarded. Having spoken with some members of the team, I wish to confirm that all hypotheses remain open and require further analysis and studies", Tedros stressed.

© REUTERS / POOL
Pompeo Slams WHO Findings That COVID-19 Did Not Come From Wuhan Lab Despite Demanding Investigation
Since the outbreak of COVID-19 in Wuhan at the end of December 2019, various theories have repeatedly appeared in the media and on the internet saying that the new coronavirus could have "leaked" from a laboratory at the Wuhan Institute of Virology.

The institute issued an open letter back in January 2020, in which it described these assumptions as false rumours and stressed that the conscience of the institute's staff was "absolutely clear".