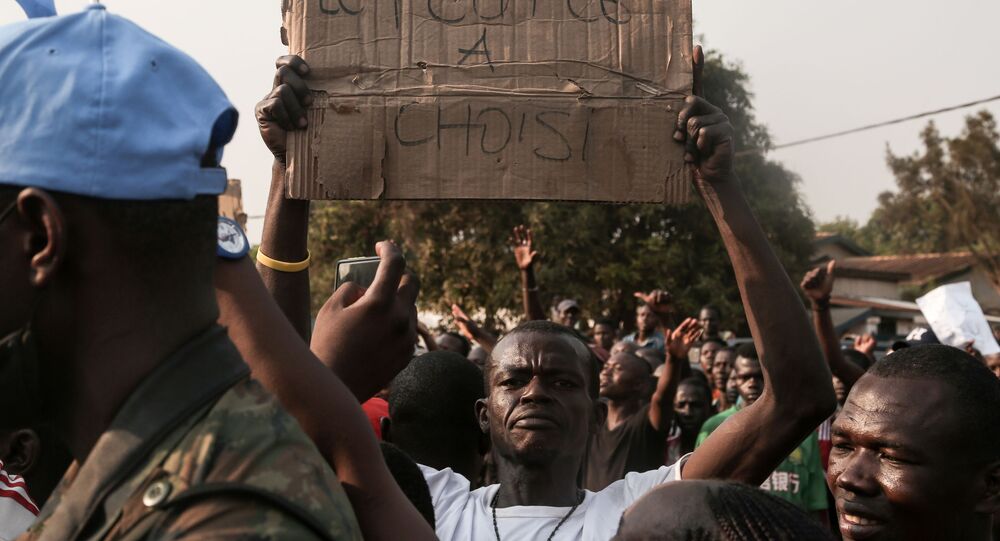 MOSCOW (Sputnik) - Thousands of people gathered on Saturday in the capital of the Central African Republic to thank Russia for helping troops repel militants from key cities, the Russian ambassador told Sputnik.

Vladimir Titorenko estimated the turnout at a rally in Bangui at some 3,000 people. He said the demonstrators, most of them students, carried Russian flags and banners hailing Russia and Rwanda.

The organizers of the demonstration handed the Russian diplomat a manifesto, in which they thanked Russia for "continued support of our security forces in their efforts to achieve a full liberation from terrorists, clearing our road to school."

Russia sent an extra 300 instructors in December 2020 to help train Central African troops, after rebels, who control two thirds of the country, marched on Bangui and other major cities.

The impoverished African country has been mired in sectarian violence since a Muslim-majority coalition ousted President Francois Bozize in 2013. Fighting renewed after the Muslim-backed President Faustin-Archange Touadera narrowly won a new term.

Russia Getting Requests for Sputnik Vaccine From Africa, Will Consider