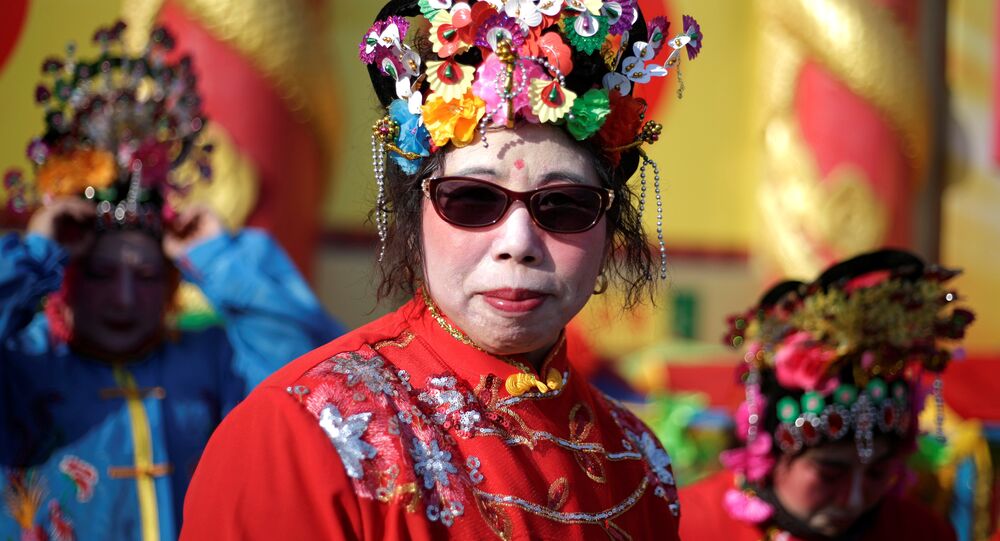 The annual programme, which according to state media is extremely popular and is watched by almost a billion people, this year featured tributes to doctors and nurses who fought the coronavirus pandemic.

China rung in the Lunar Year with grandiose celebrations despite coronavirus restrictions, however, the country has been accused of racism after pictures online showed performers in a TV gala wearing blackface while portraying African dancers and musicians. The state broadcaster, CCTV, was also accused of cultural appropriation as some of the performers were dressed in Spanish and Egyptian costumes.

Was that blackface in the CCTV chunwan gala opener? pic.twitter.com/D5cHPPJ8tG

This is disgusting and infuriating. CCTV needs to formally apologize, issue a clear statement condemning blackface in all forms, and pay reparations to the African and African Diasporic communities living in China https://t.co/icVng82caL

In an effort to understand the many CCTV 春节晚会 memes surely to pop up during holiday, I started watching it on YouTube. Not 10 mins in and there's already #blackface

Y'all, there are plenty of actual African performers in China, couldn't they have just hired them? pic.twitter.com/dKvNmKdsfB

There should be enough Africans in China to directly take part if it was about empathy and not use Chinese people wearing blackface. #Africa https://t.co/ALLtq8wzpJ

​Others claimed that Chinese people are very racist and noted this was not the first time that the New Year gala had shown performers wearing blackface.

Everyone knows how racist the Chinese are ! Don’t understand why all those Muslim countries stay so quiet ! How come !

They did it a few years ago

​Many users wondered why activists are not actively condemning Beijing.

Where's the energy condemning blackface? Or "it's not racism when China does it"? https://t.co/A2YUkshlcE

​One user even offered his services in order to prevent such incidents in the future.

I will gladly come over and do choir rehearsal, learn choreography etc JUST so that yall don't have to do Blackface on 2022's Lunar New Year special. I also play djembe if that helps. I bet we can find enough Black folks to come over and do the show. Call me!

​Still others contended that there was nothing offensive about the performance.

Only slave traders’ and slave owners‘ offprings feel that way！ Chinese People got no sense of black face make-up.

​Black Livity China, a group of people of African descent who lived, worked, studied, or did business in China described the news as "extremely disappointing".

Blackface once again at the Spring Festival Gala on CCTV - not the first time, and extremely disappointing to see. We cannot stress enough the impact scenes such as these have on African and Afro-diasporic communities living in Chinahttps://t.co/uNJPEtRAcZ

​The group recalled that the 2018 New Year gala too featured a performer wearing blackface. The actress, who portrayed the mother of an African girl, appeared on stage wearing blackface and was accompanied by a monkey.

Blackface is a form of theatrical makeup used by white performers to portray a black person most often in a caricatured way. It originated and gained popularity in the United States in the middle of the 19th century. By the second half of the 20th century changing attitudes toward race relations in the US made blackface less and less popular, with the term later becoming offensive and disrespectful.