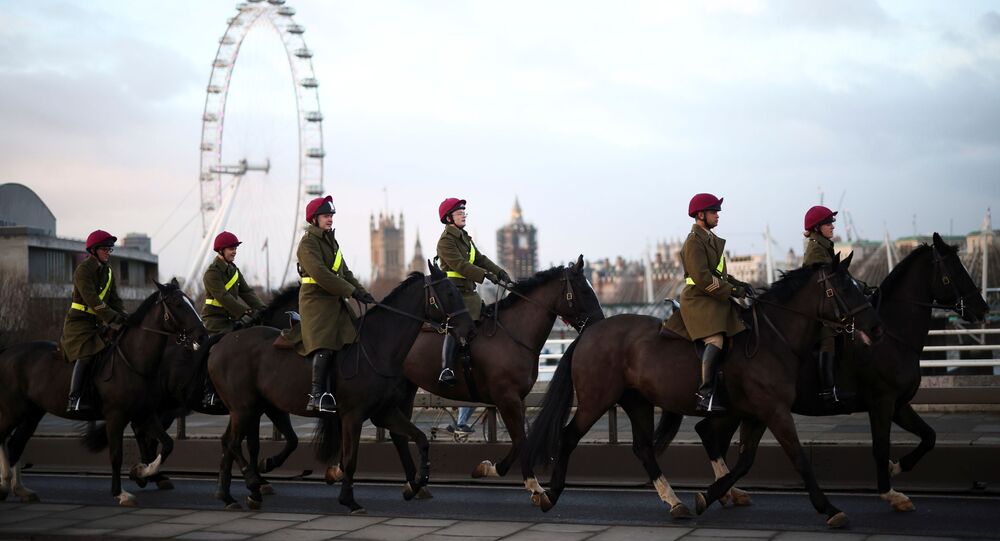 The military official believes countries must make greater efforts to cooperate instead of contributing to ever-growing global rivalry as the pandemic rages on in the world.

The present situation in the world caused by the coronavirus pandemic resembles the Thirties, when the economic crisis neared - or possibly prompted - the start of the global military conflict, the UK's Chief of Defence Staff, General Sir Nick Carter said in an interview with The Daily Telegraph. Carter drew parallels between the present economic woes countries face and the situation in the Thirties, when the economic crisis sparked a rise in the popularity of Hitler's National Socialist (Nazi) Workers' Party in Germany.

"What you generally find with a crisis like this, which becomes an economic crisis, is that it then undermines the stability and security situation as well. What often follows a very significant economic event is a security challenge," the General said, describing the vicious trajectory that might lead to tragic events akin to the Second World War.

Carter noted that in the situation of economic instability, similar to the one currently observed in the world, some states start to erect "nationalist barriers" that later lead to tensions and security challenges. The General indicated that some signs of such a process can already be seen, referring to a recent spat between the EU and the UK over coronavirus jabs.

"There has been some unity with the vaccine, but generally speaking, people have put up nationalist barriers – and that does not exactly help you with security and stability. What the virus has revealed is some fault lines internationally, but also within society," Carter said.

Cooperation is the Answer

The UK General warned that the peak of the security issues will come when the key effects of the pandemic start to wane. He argued that many governments will face a number of choices, for example between "totalitarian surveillance and citizen empowerment" and between the "global solidarity and nationalist isolation".

The last choice would apparently be decisive in averting the speeding up of the security catastrophe, according to the General. Carter believes that "global solidarity", cooperation between the global powers in fighting the pandemic and its economic consequences, is the only solution that could avert a repetition of what happened in the Thirties. He added that the same approach could help the governments overcome other modern hurdles, threats and issues, such as violent extremism and climate change.