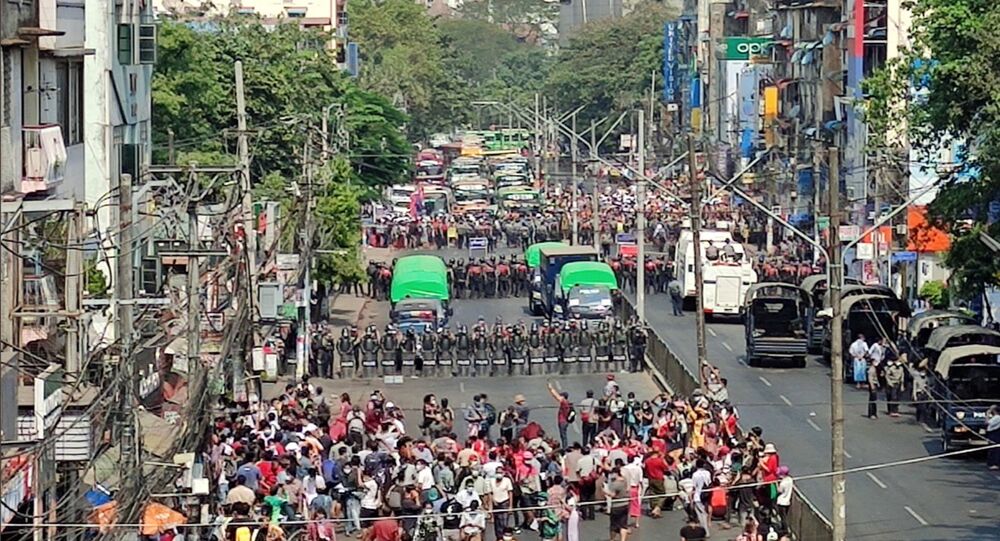 WASHINGTON (Sputnik) - The Myanmar coup unfolded on 1 February as the military arrested senior members of the newly-elected parliament right before it was due to convene for an inaugural session. State Counselor Aung San Suu Kyi, President Win Myint and other officials were put under house arrest.

The United States has introduced sanctions against eight persons and 3 entities over the crisis in Myanmar, the US Department of the Treasury announced on Thursday.

All the eight individuals are generals in the Myanmar military, the Treasury Department said.

The sanctions also target Cancri Gems and Jewelry Co. Ltd. , Myanmar Imperial Jade Co., Ltd. and Myanmar Ruby Enterprise - all of which are based in the country, the Treasury Department added.

US President Joe Biden said on Wednesday that he had approved an executive order to immediately impose sanctions on Myanmar military leaders who are responsible for the coup in the country.

Last week, hours before the newly-elected parliament was due to convene, Myanmar’s military overthrew the government and declared a year-long state of emergency. State Counselor Aung San Suu Kyi and ousted President Win Myint, along with other top officials accused of election fraud, have been put under house arrest.