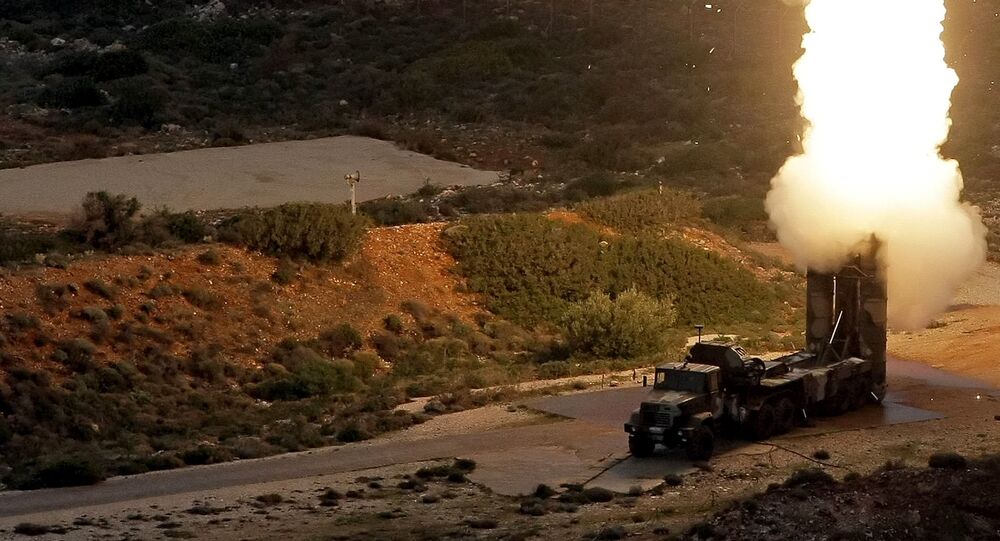 Turkey ‘Open to Negotiating’ With US on S-400s, Says Doesn’t Have to Keep Them Deployed Permanently

Ankara’s 2017 decision to purchase $2.5 billion worth of S-400 air defence systems from Moscow caused serious complications in its relationship with its US allies, with Washington booting Turkey out of the F-35 programme and sanctioning a key defence sector agency.

Turkish Defence Minister Hulusi Akar expects that Ankara will be able to “find a solution” to the S-400 dispute with Washington, hinting that an arrangement like the one Greece has with its S-300s could be applied to Turkey.

“We’ve said this before, whatever the model used for the S-300 on Crete, we’re open to negotiating”, Akar told Hurriyet on Tuesday.

“It’s not as if we’ll always use them. These systems are used according to the threat situation. We make decisions based on that”, the defence minister added, after being reminded by his interviewer that Greece’s Crete-based S-300s are “not always operational” and mostly kept in storage.

Akar went on to recall that apart from the United States, no other NATO member has expressed concerns to Turkey over its S-400s. He also noted that Greece’s S-300s weren’t the only instance of a NATO country operating Russian-made equipment. “Many European countries which became members of the Warsaw Pact and later joined NATO still have Soviet-era weapons. These weapons are also kept in the system within NATO”, he said.

The defence chief believes that US irritation with Turkey over the S-400 issue is related not to security concerns, but to the precedent set by Ankara in opening the door to other US allies and partners buying Russian-made military equipment. “For commercial reasons, they want to stop such a road from being opened to prevent it from happening with other countries”, he suggested.

Greece has one regiment of S-300 PMU1 systems, acquiring it in the late 1990s in the aftermath of the Cypriot missile crisis, which came about after Cyprus announced plans to install Russian-bought S-300s at two sites on the island. The move led to threats of all-out war by Turkey, which continues to control the northern part of the island. The crisis was defused in late 1998 after Cyprus agreed to transfer its S-300s to the Greek Air Force. Athens now operates the S-300s on the island of Crete, testing them in late 2013 during a drill.

The Biden administration has echoed the rhetoric of its predecessor on Turkey’s S-400 purchase, promising to keep Ankara out of the F-35 programme so long as the missiles are deployed and suggesting that the purchase was “inconsistent” with Ankara’s “commitments as a US and NATO ally”.

Washington wants Ankara to pack up its S-400s and ship them back to Russia. The Turkish side has rejected the pressure, with President Recep Tayyip Erdogan announcing last month that Turkey was in talks with Russia about buying a second batch of the missile systems.

© AFP 2021 / ADEM ALTAN
'What Kind of Alliance is This?' Erdogan Blasts US Sanctions as Attack on Turkey's Sovereignty
Turkey has sought to defuse the S-400 crisis by offering to create a "working group" with the US to resolve any disagreements and demonstrate that the S-400s in Turkey’s arsenal pose no threat to the F-35s or other NATO equipment. The US has repeatedly rejected this idea.

Late last year, the US Congress slapped sanctions on Turkey using a 2017 law targeting Russian defence industry exports. Before that, the US Treasury announced restrictions against Turkey's Presidency of Defence Industries, prohibiting the granting of export licenses and authorisations for the transfer of goods and technologies to the government agency, which is responsible for coordinating and assisting Turkey’s defence sector.