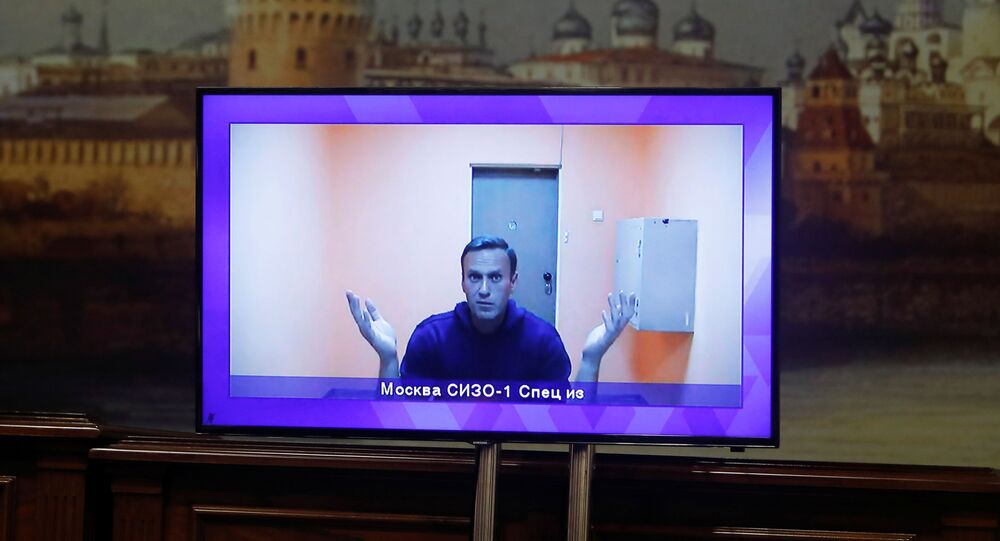 MOSCOW (Sputnik) - Alexey Navalny could not have made a movie about the "palace" in Gelendzhik without cooperation with Western intelligence, so Moscow asked Berlin how he had gained access to archives concerning President Putin, and Germany confirmed that the materials had been provided, Russian Foreign Minister Sergey Lavrov said on Monday.

"I will note one specific moment. In this movie, Navalny visits the building of the former residence of the Soviet intelligence in Dresden and, together with some German colleagues, demonstrates to the audience materials from the folder, which he presents as 'Putin's personal file.' It is clear that it is impossible to get into this building and, all the more, it is impossible to gain access to certain archives without cooperation with the official authorities of the Federal Republic of Germany - most likely with their intelligence. This alone says enough about the background of this whole story and about the role that the West played and plays throughout its promotion in the international media," Lavrov said.

Moscow was concerned about how the dossier from the German archives, concerning, according to the filmmakers, Putin, got to them without his permission, he said.

"We turned to the German Foreign Ministry for clarification on this issue, from where we were informed a few days later that Navalny's access to the aforementioned archival materials had been approved by the relevant German department, and there was nothing secret about the materials handed over to him. Comments are unnecessary," the minister stressed.

Lavrov noted that he left aside "questions about what is the price of the statements contained in the film and computer graphics, who is behind it, how and who paid for all this movie."

"A lot of facts have already been presented on this score, although officials and most of the media in the West shyly ignore them," he added.

Last month, Navalny released a film about what he described as a "palace" - a luxuriously furnished mansion allegedly built for Russian President Vladimir Putin near the Black Sea resort of Gelendzhik. The Kremlin, commenting on Navalny's film, said that all materials included in the "investigation" about the Gelendzhik palace are nothing but "a high-quality, well-fabricated story," aimed at gaining a large number of views on the internet. Later, Russian businessman Arkady Rotenberg told the Mash Telegram channel that the highly publicised "palace" located near the Black Sea resort of Gelendzhik in Russia actually belongs to him.