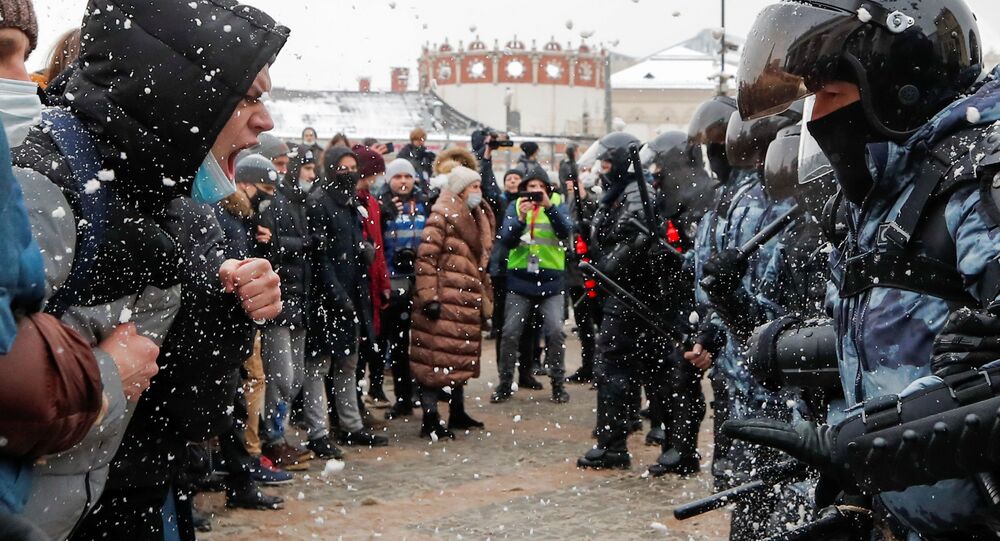 Germany has declared a Russian diplomat persona non grata in a move that follows the expulsion of several European diplomats from Russia.

Commenting on the expulsion of European diplomats by Moscow, the German Foreign Ministry insisted that it "was not justified in any way."

"The Foreign Office today declared 'persona non grata' an employee of the Russian embassy in Berlin," the ministry said in a statement. "Russia expelled several EU diplomats, including one at the German embassy. This decision was not justified in any way."

"The German diplomat was merely carrying out his task of reporting on developments on the spot in a legal fashion," the statement by the German Foreign Ministry read.

In a similar move, Poland has declared an employee of the Russian Consulate General in Poznan persona non grata, while Swedish Foreign Minister Ann Linde also announced the expulsion of a Russian diplomat.

"We have informed the Russian Ambassador that a person from the Russian embassy has been asked to leave Sweden. This is a clear response to the unacceptable decision to expel a Swedish diplomat who was only preforming his duties," she stated on Twitter.

Russian Foreign Ministry Spokeswoman Maria Zakharova, however, said that the decisions by Germany, Poland, and Sweden were "unfounded."

"Today's decisions by Poland, Germany, and Sweden are unfounded, unfriendly and are a continuation of the very series of actions that the West is taking with regard to our country and which we qualify as interference in our internal affairs," she said on Russian TV.

Several unauthorised rallies in support of Navalny were held in a number of Russian cities on 23 and 31 January. On 2 February, protesters also took to the streets after Navalny received a three-and-a-half-year jail sentence, replacing his suspended sentence on the embezzlement case.

While several Western countries, including the US, Germany, France, and the UK called upon Moscow to release the blogger, the Russian Foreign Ministry branded Western reaction to the rallies as a "coordinated global campaign to contain Russia and interfere in its internal affairs."