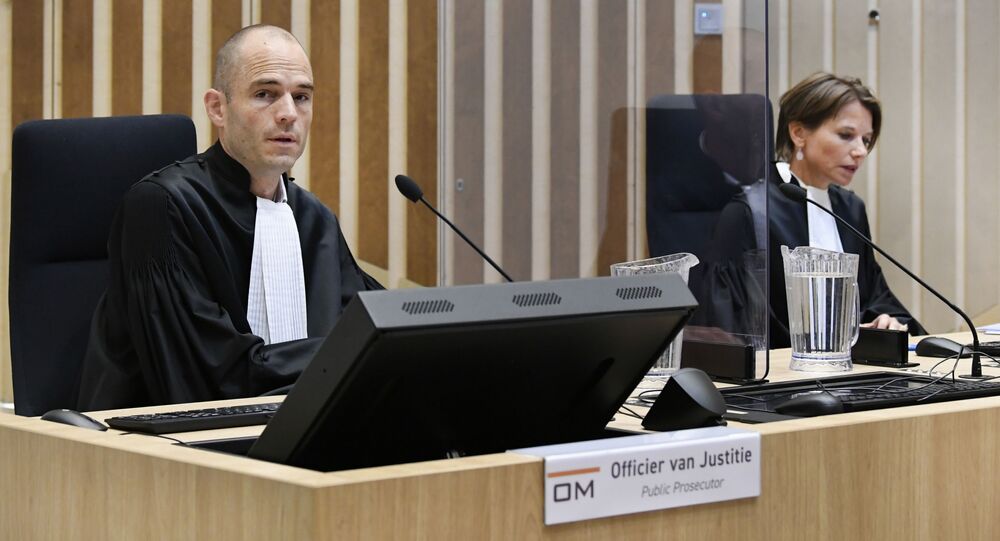 Malaysia Airlines Flight MH17 was shot down on 17 July 2014 in eastern Ukraine while on its way from Amsterdam to Kuala Lumpur. All 298 passengers, mostly Dutch citizens, and crew on board were killed in the crash.

Watch a live broadcast from the Schiphol Judicial Complex (JCS) in Badhoevedorp, the Netherlands, where the MH17 criminal trial has resumed on Monday, 8 February.

Flight MH17 was downed over eastern Ukraine on 17 July 2014 amid a military conflict between self-proclaimed republics in the region and the government in Kiev that broke out following a violent coup earlier that year. All 298 passengers, mostly Dutch citizens, and crew on board died in the crash.

Last year, four defendants - three Russians and one Ukrainian - went on trial over the downing of Flight MH17 after nearly six years of research by Dutch prosecutors and the JIT (Joint Investigation Team).