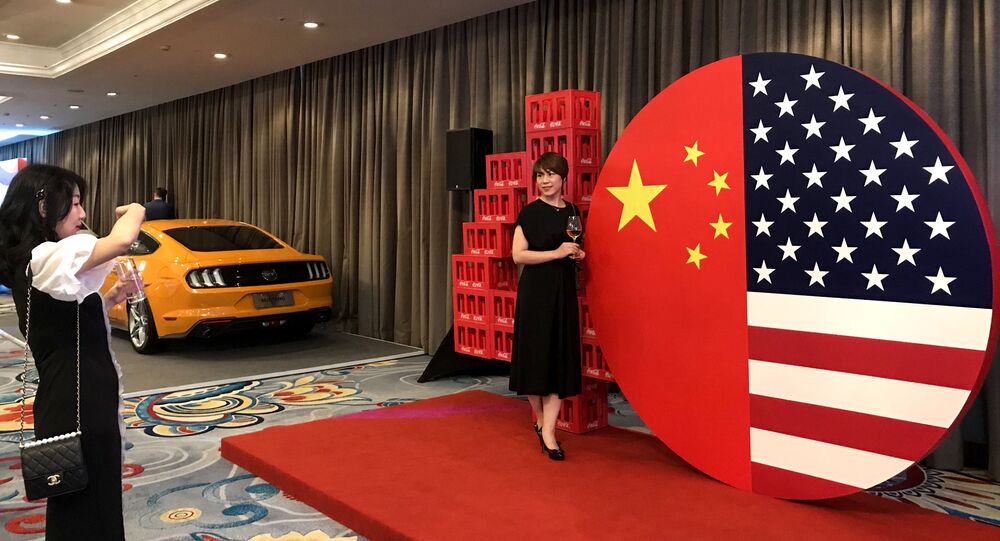 In late January, the White House announced that US President Joe Biden is reviewing the country's "national security approach" towards China, saying it should allegedly be based on a "position of strength".

Such policy steps "are not only wrong but also unpopular", Yang stressed in a video address to a New York-based US-China group, the National Committee on US-China Relations.

The top Chinese diplomat also stressed that the two countries should broaden bilateral collaboration on a spate of pressing issues, including COVID-19, climate change, and cyber security, while tackling their differences on what Yang described as China's "core interests" pertaining to Taiwan and Hong Kong.

"They constitute a red line that must not be crossed. Any trespassing would end up undermining China-US relations and the United States’ own interests. We in China hope that the US side will fully understand the sensitivity of these issues and handle them with prudence, so as to avoid disruption or damage to mutual trust and cooperation".

Officially, the US follows the One-China policy, which does not recognise Taiwan as an independent entity, although Washington has trade and business ties with the island and supplies weapons to Taipei.

In a separate development, former US Secretary of State Mike Pompeo vowed last month to slap sanctions on Chinese officials for "undermining Hong Kong's democratic processes" after some 53 pro-democracy activists were detained on charges of subversion and violating the national security law.

In late June, China adopted legislation that bans separatist and terrorist activities in Hong Kong as well as any type of outside meddling. While opponents of the law both in Hong Kong and abroad see it as a violation of freedom, Beijing insists that it aims to punish illegal activities without encroaching on the local population's rights.

Yang, meanwhile, called on Washington and Beijing "to respect each other, seek common ground while putting aside differences, keep disagreements under effective control, and expand common interests".  The foreign minister also made it clear that no force can disrupt China's ongoing development.

The message comes a few days after White House spokeswoman Jen Psaki told reporters that the Biden administration is reviewing the country's "national security approach" towards China, and that the process includes finding a path forward on a number of issues going beyond just economic ones.

© CC0
US Federal Maritime Commission Probes Shippers’ Push to Send Empty Agricultural Containers to China
Psaki earlier stated that Washington's new approach towards China will be from a "position of strength", which she described as "cooperating and coordinating" with foreign partners, as well as members of Congress, on ways to work with China.

This followed then-President-elect Biden suggesting in late December that Washington needs to build "a coalition of like-minded partners and allies" to confront Beijing.

Under the Trump administration, US-China relations deteriorated significantly, with Washington accusing Beijing of unfair economic practices, human rights violations in some of its regions, encroachment on the special status of Hong Kong, and a lack of transparency regarding the coronavirus pandemic.