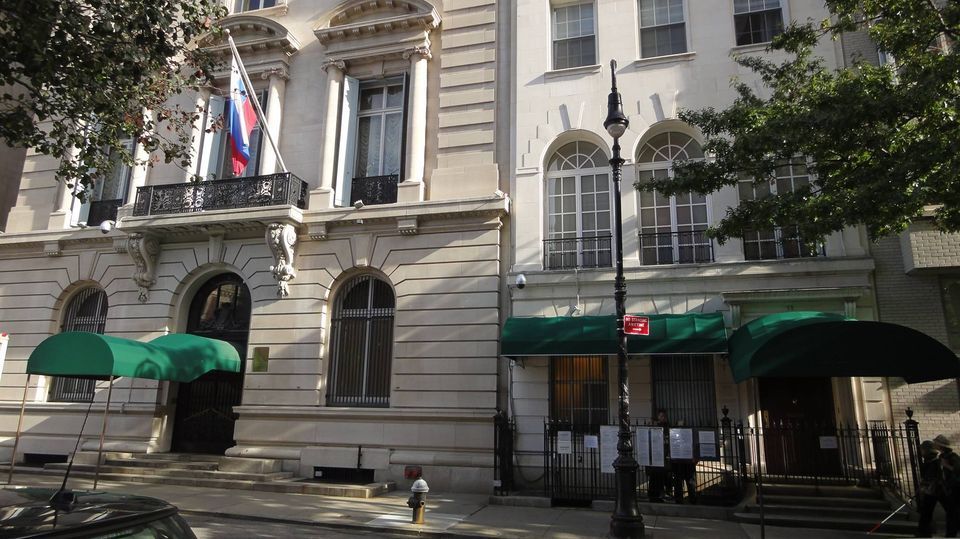 NEW YORK (Sputnik) - Russia's Consulate General in New York asked the US State Department to ensure the security of the diplomatic mission after an unknown person stained the facade of the building with red paint during an "anti-Russian rally," a consular employee told Sputnik.

"From 14:00 to 20:00, an anti-Russian rally took place near the building of the Consulate General, during which an unknown person wearing a mask ran paint several times. The facade, part of the building was stained with red paint," the employee said.

According to him, during the day the number of participants in the rally varied.

"The maximum number was about ten people. The rally's general trend was anti-Russian," the official said, without specifying what the people were chanting or calling for.

"We have made repeated attempts to contact law enforcement officers to ensure order at the building. But from two to eight o'clock they did not find it possible to appear at the consulate. We sent an appeal to the State Department's Office of Foreign Missions in New York with a request to ensure the security of the Consulate General," he said.

The anti-Russian rally took place several hours after a court in Moscow sentenced opposition figure Alexei Navalny to 3.5 years behind bars in a financial misdemeanor case. The ruling came to replace Navalny's suspended sentence in the same case due to his breach of conditions set in the court's original verdict. Navalny's legal team has 10 days to appeal the ruling.