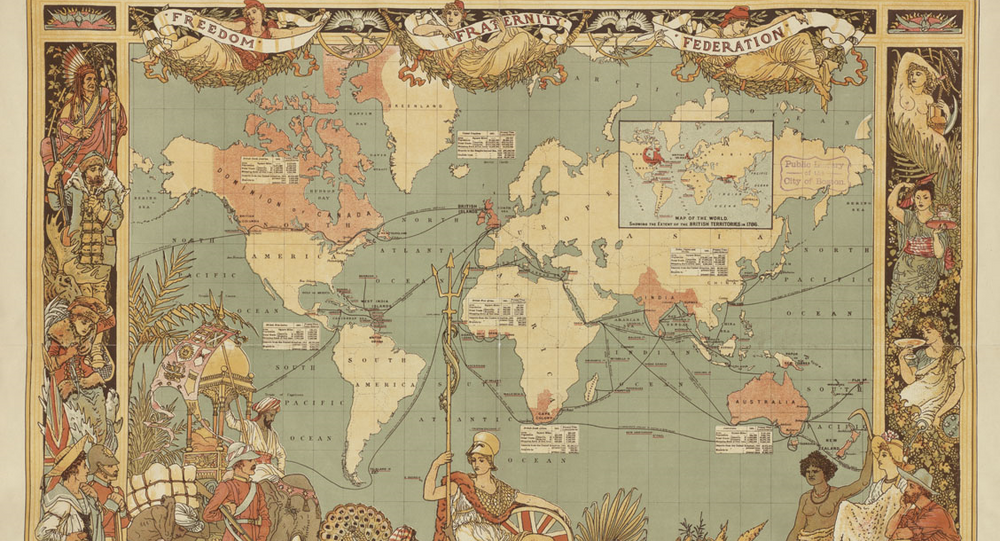 In the post-Cold War era, the United States has been the world’s foremost political, economic, and military power, retaining dozens of allies and client states, and the ability to project power across multiple continents. In recent years, however, a group of countries led by China and Russia have sought to challenge this state of affairs.

The United States is more likely to face a British Empire-style decline than a Soviet-style collapse, Yan Xuetong, the professor and dean of the Institute of International Relations at Beijing’s Tsinghua University – who’s regularly described as one of the most influential Chinese political scientists – predicts.

“In the course of historical development, all empires fall into decay, and the same will take place in the coming millennia,” Yan said, speaking to Der Spiegel.

“Great empires experience three stages: prosperity, stagnation, and decline. The decline of the United States does not shock or surprise me. The question is in how it will take place. For many years, the United Kingdom was the most powerful nation in the world; its decline was long and lasted for several decades. The Soviet Union shattered like a glass that fell on the floor. I believe the decline of the United States is more likely to follow the British scenario,” the academic said.

Suggesting that former President Donald Trump had “completely destroyed” the world’s trust in US foreign policy, Yan argues that recent events have only exacerbated global apprehensions.

“The presidential elections, the storming of the Capitol, and above all the reaction to the latter event have accelerated this trend. Trump’s Twitter account was even blocked. This means that other opinions are not tolerated in America,” he said. “In China, more and more people believe that America is moving toward a political system in which each successive president might put his predecessor in jail,” the scholar added.

Yan believes Biden will attempt to restore America’s traditional alliances to confront China, whether it be Japan and the Philippines in the South China Sea, or the European countries in the World Trade Organisation. China, he says, will respond to these alliance-building efforts by trying to convince America’s allies to “consider their own interests” before toeing the US line.

Although he does not expect Biden to pursue a Trump-style isolationist foreign policy, Yan argues that Biden’s foreign policy options may be limited by internal problems. “Recently…CBS asked Americans what they consider to be the biggest threat to the United States. Fifty-seven percent of those surveyed named other people in the United States. Can you imagine? Only 7 percent think that the biggest threat comes from other states. This means that if Biden spends an inordinate amount of energy on foreign policy, he will be in danger of criticism for getting his priorities wrong.”

Yan also says cyberspace, not battlegrounds “at sea, on land or in the air,” will be the main arena of competition between Beijing and Washington in the coming years, and that unlike Trump’s "amateurish" foreign policy team, Biden’s is filled with “experts” who recognise this challenge. “China and the United States are competing for dominance and market share in the digital market. East Asia’s digital market is already larger than that of Europe, and digital technologies are concentrated in China, Japan and South Korea. These three nations will shape the economy of the future,” he argues.

© AP Photo / Ng Han Guan
Huawei, SMIC to Join Chipmaking Standards Group as China Pushes Foreign Tech Decoupling in Trade War
As for the rivalry between China and the US, Yan believes the “core” of this confrontation will be “the pursuit of technological superiority,” “not in ideological expansion,” and predicts that the “digital strategic mentality” will “replace the geostrategic mentality” among leaders over the coming two decades. As people spend more and more of their waking time in cyberspace, cybersecurity will become even more important than even geographic security, he says.
...
Reddit
Google+
Blogger
Pinterest
StumbleUpon
Telegram
WhatsApp
11810
Community standardsDiscussion